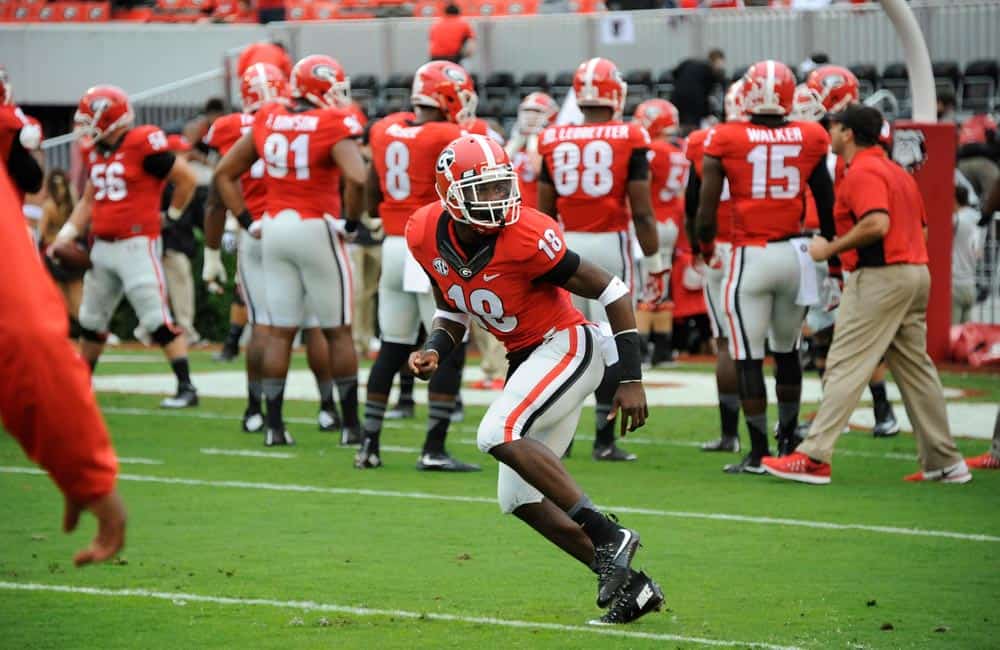 ATHENS, Ga. – The Georgia Bulldogs conducted a two-hour practice Wednesday as they prepare for Missouri

“The last two days we’ve practiced well with good focus and got the work done that we needed,” Georgia coach Mark Richt said after the workout. “We’ll finish up Thursday and then play ball. A trademark of Missouri teams is their ability to execute, and we need to do that to play well.”

One area both teams will be looking to improve is in third down conversions. Georgia is converting at only 29 percent while Missouri checks in at 36 percent.

“Today was a big day for that, and we got a good plan to throw and catch well with some runs built in to that too,” Richt added. “We’ll see how we do in the game; it goes back to execution. I’ll say we’re on the right track but the proof is in the pudding.”

Bulldog offensive coordinator Brian Schottenheimer was asked about third down conversions too, and he said it’s about getting in manageable situations.

“The offense needs to be in rhythm, and you can’t do that if you go three-and-out,” Schottenheimer said. “I’ve talked to the quarterbacks about staying out of third and long, and you do that by getting ahead of the sticks on first down. You have to get completions or efficient runs on first and second downs. We have to be able to create more opportunities to stay on the field.”

Georgia and Missouri are looking to bounce back following last Saturday’s performance. Georgia fell 38-31 to Tennessee in Knoxville while the Tigers dropped a 21-3 Homecoming decision to 11th-ranked Florida. Georgia ranks fourth in the Southeastern Conference in scoring at 37.2 points a game while Missouri leads the league in scoring defense, allowing just 13.5 points a contest. Georgia’s scoring defense ranks eighth in the SEC at 24.7 points per game. The Volunteers ran 90 plays last Saturday against the Bulldogs while the Gators managed 77 plays against the Tigers.

The Bulldogs (4-2, 2-2 SEC) face the Tigers (4-2, 1-2 SEC) Saturday at Sanford Stadium, and the game will kick off at 7:30 p.m. The SEC Network will televise it, featuring the broadcast team of Brent Musburger (play-by-play), Jesse Palmer (analyst) and UGA alumna Maria Taylor (sidelines).