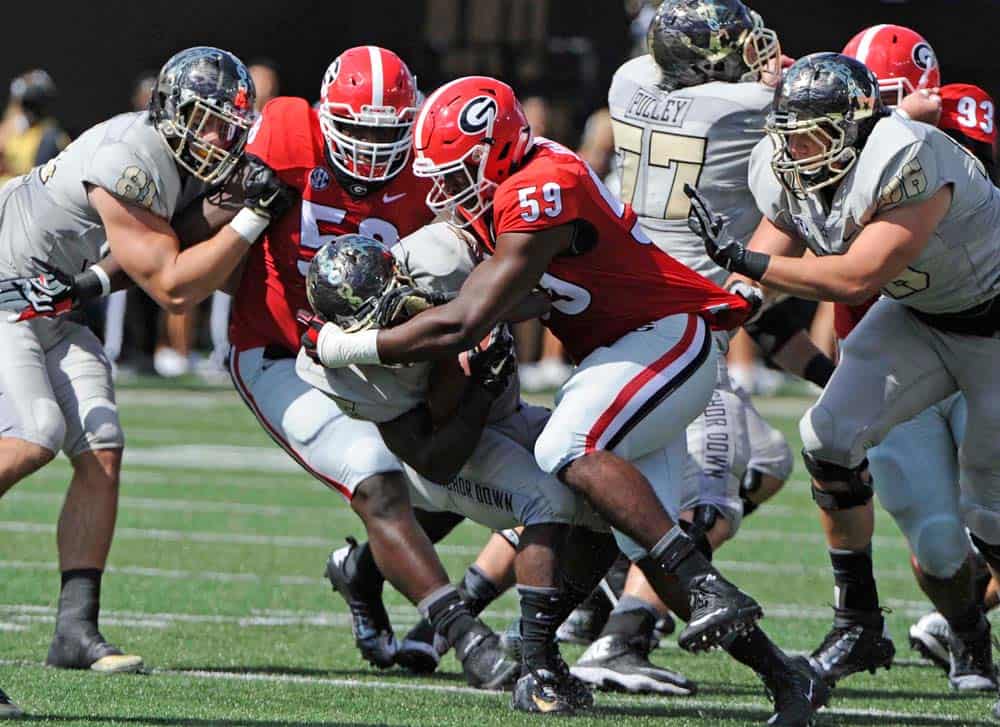 These are the first SEC accolades for Georgia this season. McKenzie was named the Special Teams Player of the Week once in 2014 while this marks Jenkins’ first conference weekly honor in his career.

McKenzie, a native of Miami, Fla., returned his third career punt for a touchdown (first this year) and his fourth career kick return for a score in the opening quarter to put Georgia up 7-0. His return was for a career-long 77 yards. He is the SEC’s active leader with three punt returns for touchdowns.

McKenzie’s punt return for a touchdown was the longest for the Bulldogs since Brandon Boykin went 92 yards for a score in the 2012 Outback Bowl versus Michigan State. McKenzie also tallied another pair of first downs for the Bulldogs against Vanderbilt with a 24-yard rush and a 15-yard catch.

Jenkins, a native of Hamilton, Ga., recorded a career-high and game-high 11 tackles, including two sacks (minus-15 yards) and 5.5 tackles for loss (minus-22 yards). He is the SEC active leader with 18 sacks (tied for third in the FBS) and 35.5 tackles for loss in his career. Jenkins also moved to No. 5 on Georgia’s all-time list for TFLs.

Four of Jenkins’ stops came on third down situations and he forced fourth downs on all of them. Jenkins was the anchor of a Bulldog defense that held the Commodores to just a single touchdown.