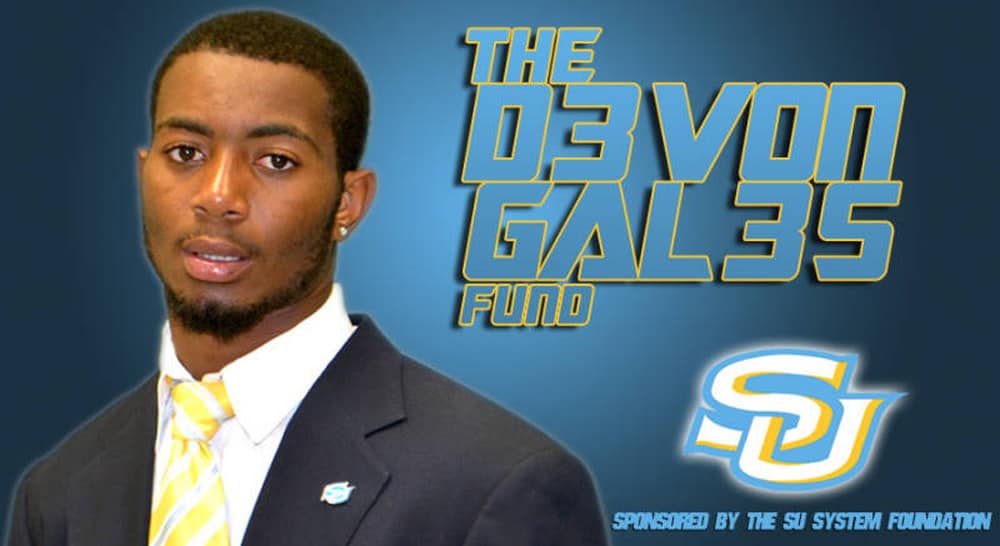 Southern University has set up the Devon Gales Fund in an effort to provide financial assistance to the Gales family for medical expenses.

Gales, a native of Baton Rouge, Louisiana, suffered a severe spinal injury in Saturday’s game against the Georgia Bulldogs. He was stabilized and then transported to Athens Regional Medical Center.

On Sunday, surgery was performed to stabilize several fractures in his neck. Southern later said in a statement that Devon Gales “continues to have movement in his upper body and remains in good spirits” and that he will “remain at Athens Regional Medical Center until further notice.”

The UGA staff and players have been providing support and assistance in this time of need. UGA even flew Gales’ parents from Baton Rouge to Atlanta at the school’s expense, and then they were driven to Athens by members of the Bulldogs’ staff.

“We’re trying to cover him up with as much love as we can, and let him know that we care, let him know that we’re here to help,” Richt told DawgNation.com. “We’re just gonna continue to pray, and I know the Bulldog nation is behind him as well. There may come a time where there may be some needs. Not exactly sure yet. But it does come to that I’m going to be calling all Dawgs to get involved and to help out.”

Richt did call for the Bulldog nation to help out last night on Twitter. He directed fans to the official Devon Gales Fund website:

Calling all Dawgs. If you would like to help Southern University Devon Gales and his family with medical expenses here's how we can do it.

Let's show the country what we can do the bless Devon and his family!!

Prayers for Southern’s Devon Gales who has been carted off the field after an injury to his head/neck. pic.twitter.com/24iawBHEpo

Southern WR Devon Gales still in Athens hospital and "was moving his hands and in good spirits," per ESPN. pic.twitter.com/V1nNKvl6di