SEC opener on the horizon

SEC opener on the horizon 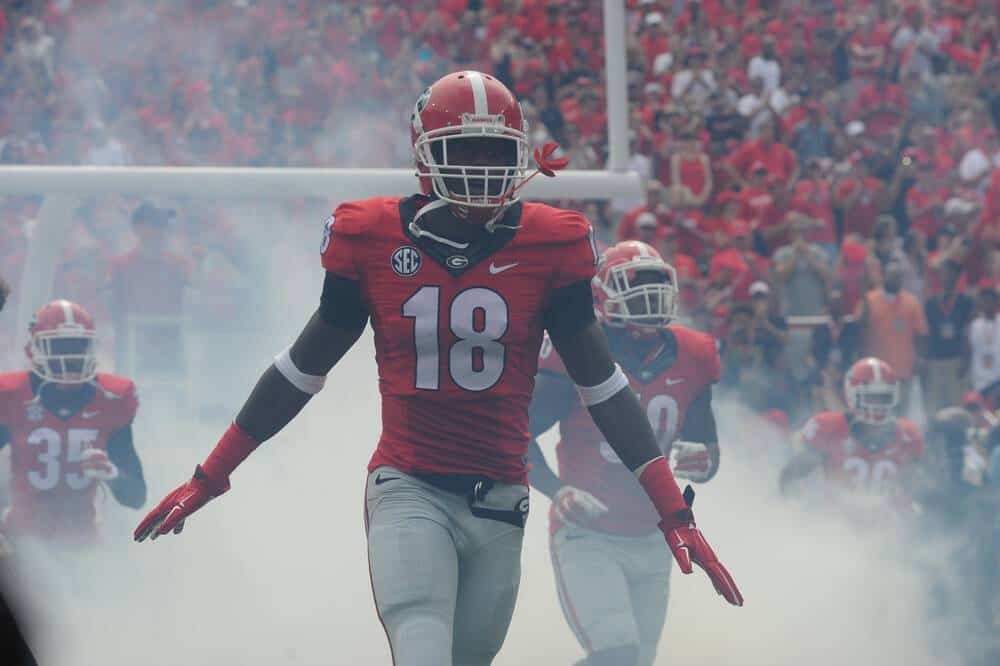 ATHENS, Ga. – The Georgia Bulldogs conducted a two-hour practice in full pads Wednesday as they get set for their Southeastern Conference opener with Vanderbilt.

“It rained for a little while, and then it got hot, and we battled hard to finish,” Georgia coach Mark Richt said after Wednesday’s workout. “We practiced on the field turf because we’ve gotten a lot of rain and we will playing on a synthetic surface this week.”

The Bulldogs (1-0, 0-0 SEC) will be making their first road trip of the season after cruising to a 51-14 win over the University of Louisiana at Monroe (ULM) last Saturday in Athens. A total of 19 true freshmen saw action for the Bulldogs versus ULM, and Richt indicated that more could’ve played had the game not been terminated with 9:54 remaining in the fourth quarter.

“We want to play as many as possible that are ready to play and deserve to play,” Richt added. “We would’ve played more if the weather hadn’t stopped us.”

Meanwhile, the Commodores (0-1, 0-0 SEC) were hurt by turnovers and missed opportunities and fell 14-12 to Western Kentucky last Thursday. Vanderbilt went just 2-for-5 inside the Hilltopper 10 yard line while Georgia went 4-for-4 with four touchdowns against the Warhawks.

Georgia freshman defensive back Rico McGraw will be returning to his hometown of Nashville where he played for The Ensworth School. McGraw was one of four first-time starters last week for the Bulldogs, joining senior transfer linebacker Jake Ganus (LB), junior Greyson Lambert (QB) and sophomore Malkom Parrish (CB).