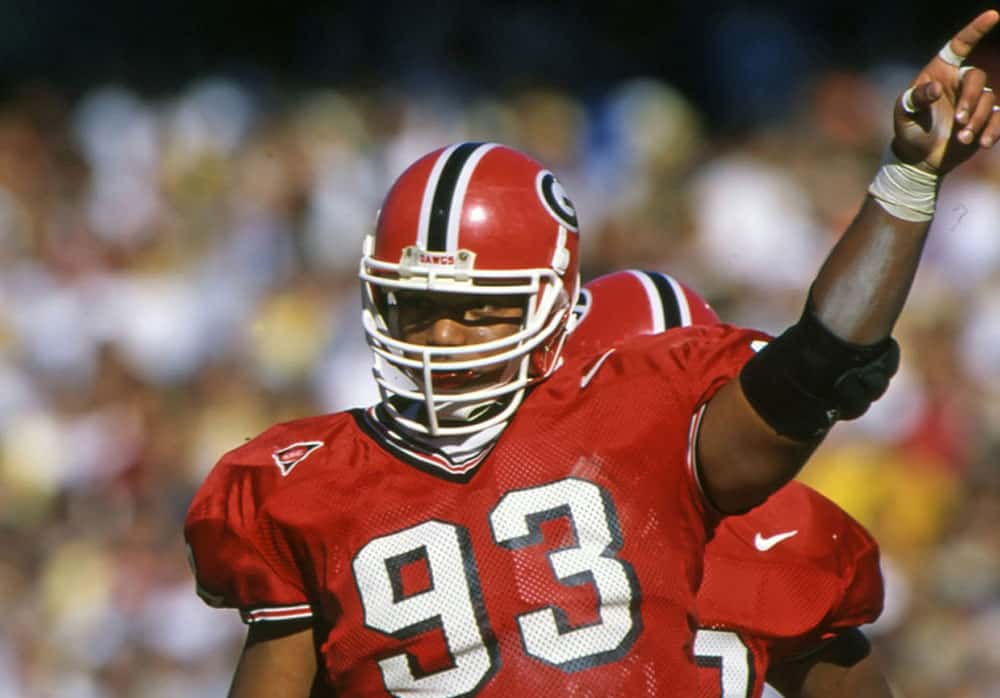 ATHENS, Ga. – University of Georgia football greats Rex Robinson and Richard Seymour have been tabbed as UGA’s 2015 inductees into the Merrill-Lynch/Bank of America Florida-Georgia Hall of Fame.

The 20th annual luncheon and induction ceremony, sponsored by Ruth’s Chris, will be held on Friday, October 30 at EverBank Field in Jacksonville, Fla.  The event is part of the annual Georgia-Florida football weekend.

A two-time All-America placekicker for the Bulldogs, Robinson lettered at UGA from 1977-1980 and was a key member of the 1980 national championship team.  The Marietta native led Georgia in scoring as a sophomore and junior, and his 56 career field goals were a school record at the time.  Robinson’s 101-of-102 career PAT kicks were also a UGA accuracy record that has since been surpassed.  After his collegiate career, he kicked one season for the New England Patriots in 1982.

One of the top defensive linemen ever at Georgia, Seymour was a four-year letterman (1997-2000) who earned All-SEC honors twice and earned All-America honors his senior season.  Over his career he recorded 223 tackles, 10 sacks and 26 tackles for lost yardage.  A first-round draft pick by the Patriots in 2001, he helped the franchise win three Super Bowl titles in four years, himself earning seven Pro Bowl selections during his 11 NFL seasons.  The Gadsden, S.C., native was also selected to the Patriots’ 50th anniversary team in 2009, as well as the NFL’s All-2000s team.

Florida’s 2015 inductees into the Hall of Fame include quarterback Chris Leak and receiver Jabar Gaffney.

The Georgia-Florida Hall of Fame was created in 1995 to recognize the players, coaches and representatives of each school who have made their mark on the rivalry. Each year on the Friday before the game, two members from each school are inducted.

All of UGA’s inductees are as follows, listed in chronological order: