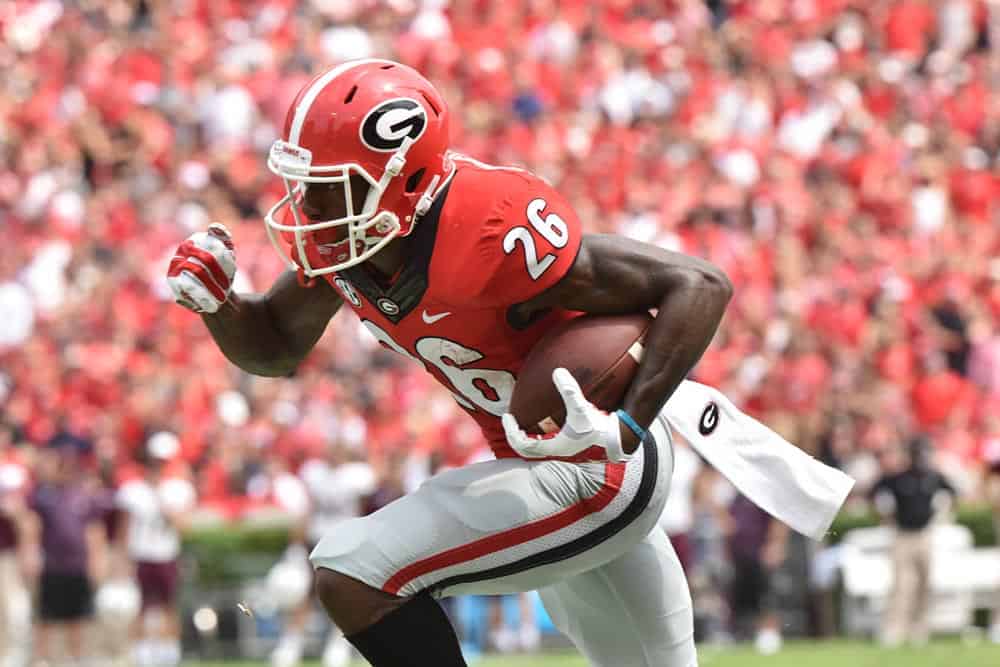 ATHENS, Ga. – Georgia senior receiver Malcolm Mitchell was named to the 2015 Allstate AFCA Good Works Team on Tuesday. Mitchell is one of 11 players from the NCAA Football Bowl Subdivision (FBS) selected based on their commitment to community service.

For 24 years, the American Football Coaches Association (AFCA) has recognized a select group of college football players committed to making a difference in their communities. There were also 11 players chosen from the NCAA Football Championship Subdivision (FCS), Divisions II, III and the NAIA to comprise the 22-player team. Mitchell is one of three Southeastern Conference players on the FBS 2015 Allstate AFCA Good Works Team.

On the field, Mitchell has started both of Georgia’s games in 2015 and has a team-high seven catches for 88 yards, including a 28-yard touchdown pass against ULM. For his career, Mitchell now has started 34 of 36 games played with 120 receptions for 1,573 yards and 12 touchdowns.