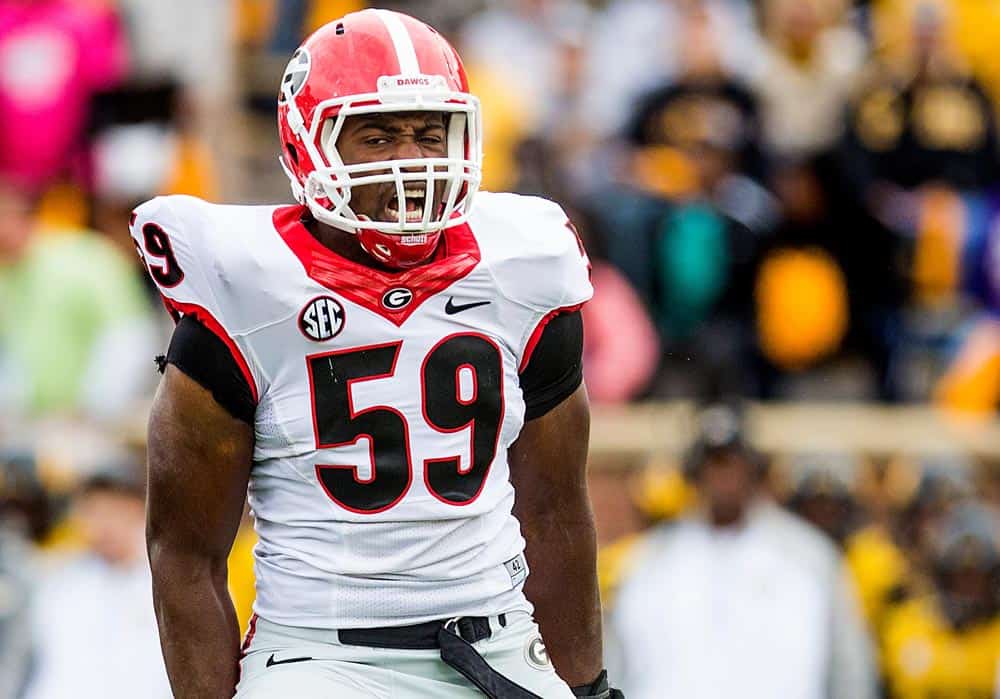 Georgia senior linebacker Jordan Jenkins has been named the Chuck Bednarik Award National Player of the Week following the Bulldogs’ 31-14 win at Vanderbilt.

A native of Hamilton, Ga., Jenkins was also honored as the Southeastern Conference Defensive Lineman of the Week for the first time after the victory over the Commodores.

Jenkins recorded a career-high and game-high 11 tackles, including two sacks (minus-15 yards) and 5.5 tackles for loss (minus-22 yards). He is the SEC active leader with 18 sacks (tied for third in the NCAA FBS) and 35.5 tackles for loss in his career. Jenkins also moved to No. 5 on Georgia’s all-time list for TFLs.

Four of Jenkins’ stops came on third down situations and he forced fourth downs on all of them. Jenkins was the anchor of a Bulldog defense that held the Commodores to just a single touchdown.