Bulldogs getting ready for Saturday’s season-opener

Bulldogs getting ready for Saturday’s season-opener 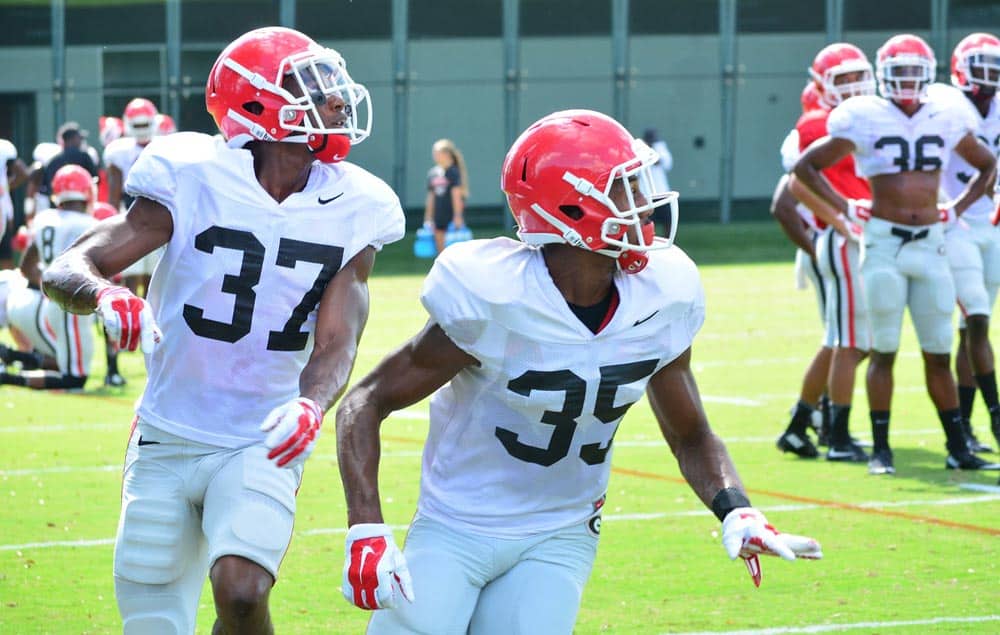 ATHENS, Ga. – The Georgia Bulldogs moved one step closer to their season opener with the University of Louisiana at Monroe (ULM), holding a 90-minute practice Wednesday.

Georgia coach Mark Richt, who is set to begin his 15th year at the helm, said he is very excited about the upcoming season.

“I’m curious to see how we start; we’re young,” Richt said. “When things start going fast, how will we react? It will be interesting to see. Everything you read or hear about like the rankings, it’s all based on last year and who is returning but nothing is based on the reality of this season because you haven’t played a game yet. The measuring stick will be Saturday. We need to focus on our assignments, our job. There’s a difference between passing a test and acing a test. Can we get an A-plus?”

“We’re excited to play somebody else besides Georgia,” Pruitt said. “We’ve had a good camp; the guys have been competing, working hard, and we’re a young team as a whole. As coaches, you’re always chasing ghosts in the first game, trying to prepare for a lot of things. They have a veteran team.”

Georgia holds a 3-0 edge in the series history with ULM, formerly known as Northeast Louisiana. The Bulldogs last faced the Warhawks in 2005, posting a 44-7 victory in Athens. The first meeting came in 1994 (70-6 Georgia), and the second was in 1997 (42-3 Bulldogs). ULM, now a member of the Sun Belt Conference, is the only FBS program that will play eight road games this season. Georgia’s first road contest will be Sept. 12 at Vanderbilt. In school history, ULM has posted road wins over SEC members Alabama (2007) and No. 8 Arkansas (2012), a fact not lost on Pruitt.

“I’ve coached against Louisiana Monroe one time, and I’m 0-1,” Pruitt recalled as he was a member of the Crimson Tide staff in 2007.