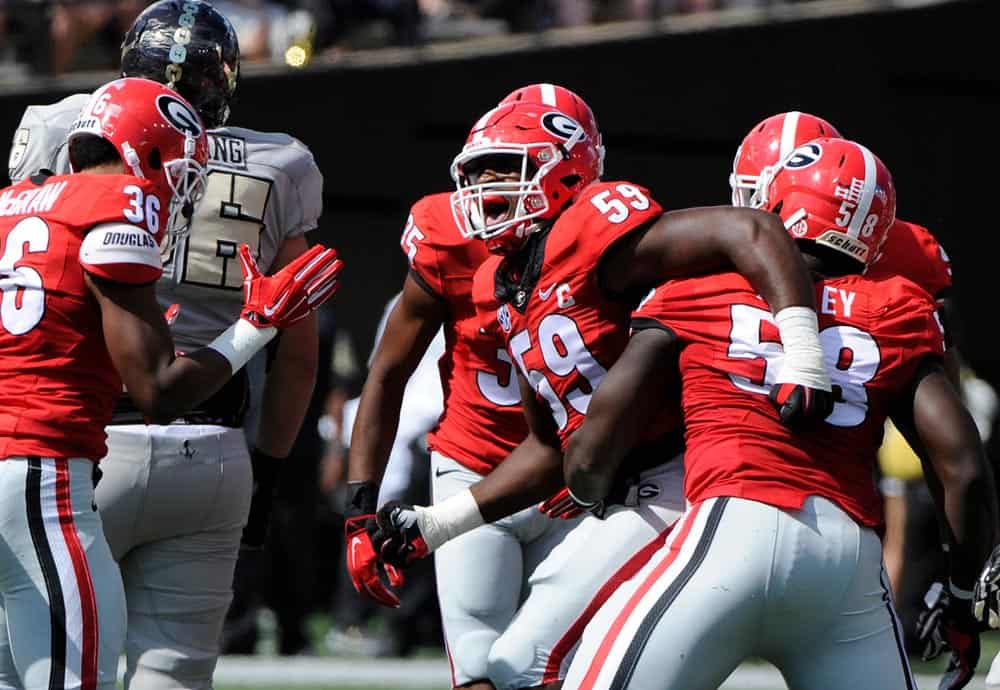 ATHENS, Ga. – The Georgia Bulldogs worked out for over two hours Tuesday afternoon in preparation for their SEC matchup this Saturday at home against South Carolina.

Georgia leads the overall series against South Carolina 47-18-2 but will try to avenge last season’s 38-35 defeat to the Gamecocks in Columbia. No matter the series history between the two teams, Georgia will continue its focus on week-to-week improvement in this early going of the 2015 season.

”We’re not thinking much about what happened last year or in the past years as much as really are trying to focus on getting better,” head coach Mark Richt said. ”There’s just so many areas we’ve got to get better. So our focus is trying to improve, trying to know what to do, know how to do it and add a lot of energy to that. That’s really all we can ask of our guys.”

Senior linebacker Jordan Jenkins also insisted that the USC game holds no greater significance than any other on Georgia’s schedule. ”I feel like every team we play in the SEC is a rival because there’s either some guy you know on that team or some coach you got recruited by,” he said. ”In some way or another, every SEC team is a rival.”

The Bulldogs will be wearing special helmet decals this Saturday to call attention to a pair of health-related causes.

Georgia and the rest of the SEC will help raise awareness and honor former commissioner Mike Slive, who battled the disease during his athletics administration career, with Prostate Cancer Awareness Games this month. On Saturday, Georgia’s players will wear a commemorative helmet sticker. In addition, video board announcements, game program stories, public service announcements and social media outreach are planned.

September is also National Childhood Cancer Awareness Month. To commemorate the “Blow the Whistle on Kids Cancer!” campaign, Georgia’s coaches will be wearing lanyards with gold whistles and wristbands and the players will be wearing wristbands and helmet stickers on Saturday. A donation will be made to Children’s Healthcare of Atlanta. For more information, visit CuringKidsCancer.com.

Kickoff on Saturday is scheduled for 6:00 p.m. (EDT). ESPN will televise the contest nationally, with Brad Nessler and Todd Blackledge in the booth and Holly Rowe on the sidelines.