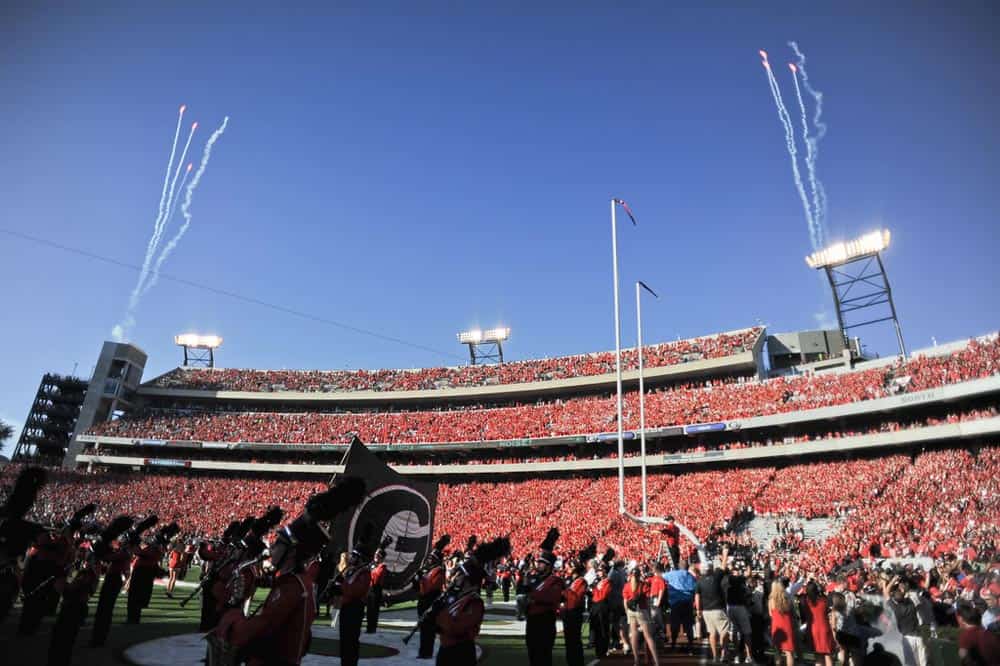 ATHENS, Ga. – The seventh-ranked Georgia football team began preparations for its second non-conference and fourth overall game of the season on Monday with a 90-minute workout in shorts on the Woodruff Practice Fields.

The Bulldogs (3-0, 2-0 Southeastern Conference) will entertain Southern University (2-1, 2-0 Southwestern Athletic Conference) on Saturday at noon at Sanford Stadium. The game will be televised by the SEC Network.

“We got off to a good start, but we’ve still got a ways to go,” Georgia head coach Mark Richt said. “We’ve got to get better every day. That’s the goal and that’s our challenge. We need to continue to be focused and take care of our business.”

• It was announced that the Saturday, Oct. 3, game against Alabama at Sanford Stadium will kick off at 3:30 p.m. and will be televised by CBS. The Bulldogs defeated Vanderbilt on CBS earlier this season.

• Lambert earned a variety of honors following his record-setting performance in the 52-20 win over South Carolina. He was named the SEC Co-Offensive Player of the Week (along with LSU running back Leonard Fournette), was chosen as one of the Manning Award Stars of the Week, and was picked as the College Football Performance Award’s National Performer of the Week. Lambert set NCAA, SEC and school records with a 96 percent completion rate by going 24-for-25 for a career-high 330 yards and three touchdowns. He completed his last 20 passes, topping the Georgia record of 19 set by Mike Bobo at the 1998 Outback Bowl.