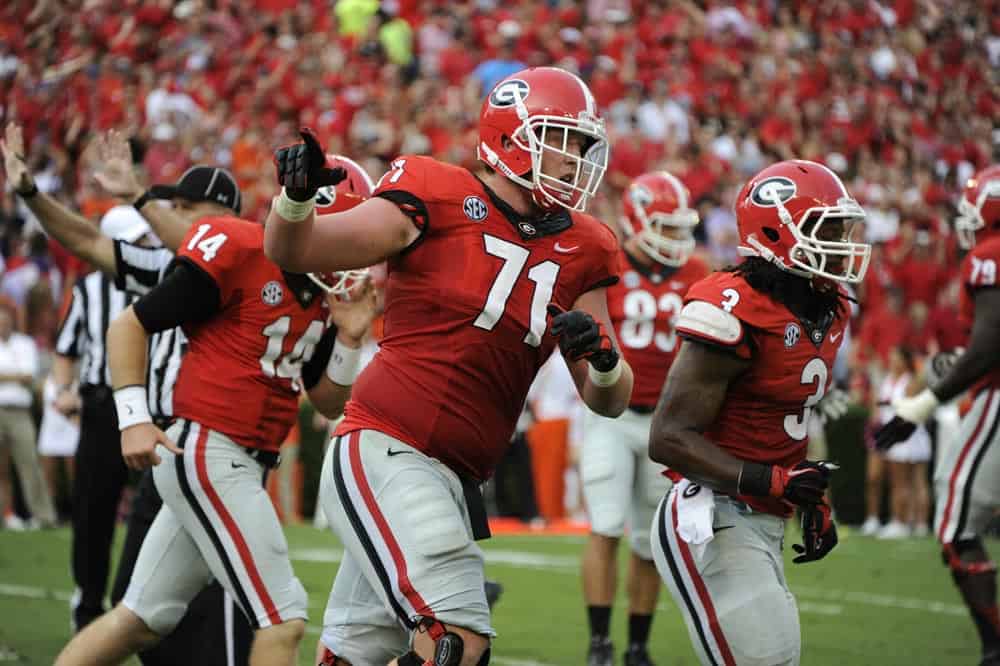 UGA senior left offensive tackle John Theus has been named to the watch list for the Rotary Lombardi Award, which is given to the college lineman or linebacker of the year.

Here is more on Theus from UGA’s release:

Theus, a 6-6, 303-pound native of Jacksonville, Fla., has started the last 20 consecutive games on the Bulldog offensive line and 35 total in his career. Theus helped pave the way for Georgia to average a league-leading 257.8 yards a game in 2014 and score an SEC-best 38 touchdowns en route to No. 9 final ranking. In fact, the Bulldogs have scored the top three total touchdown tallies in school history, including a record-setting 72 scores in 2014, with Theus starting on the line.