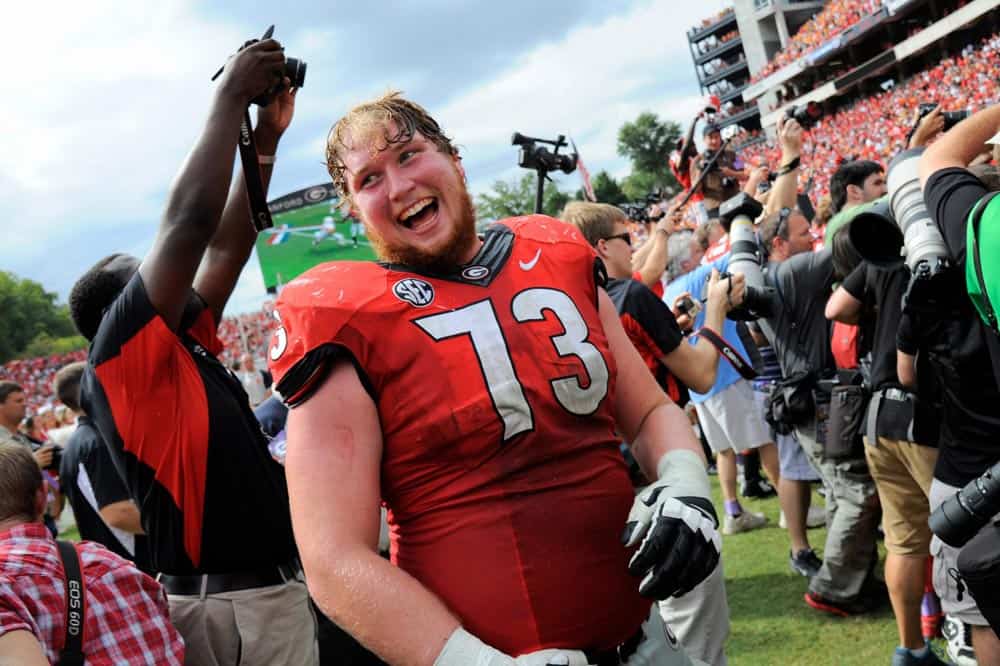 ATHENS, Ga. – Georgia outside linebackers Jordan Jenkins and Leonard Floyd and offensive guard Greg Pyke have all been named to the watch list for the Rotary Lombardi Award, which is given to the college lineman or linebacker of the year.

Jenkins and Floyd have already been named to the watch lists for the Bednarik Award, the Nagurski Trophy and the Butkus Award while Pyke was listed on the Outland Trophy Watch List.

Jenkins, a 6-3, 253-pound native of Hamilton, Ga., is the Bulldogs’ top returning tackler from his outside linebacker position with 70 stops in 2014. He finished with 9.5 tackles for loss and five sacks to go along with a team-high 24 quarterback pressures. In addition, Jenkins forced two fumbles and recovered another pair last season.

Floyd, a 6-4, 231-pound native of Eastman, Ga., topped Georgia with six sacks last year and was fifth on the team with 55 tackles. Also primarily lining up at outside linebacker, Floyd had 8.5 tackles for loss, 17 pressures and three forced fumbles in his second season with the Bulldogs.

Pyke, a 6-6, 313-pound native of Baltimore, Md., was named UGA’s Most Improved Player of the Year after earning Second Team All-Southeastern Conference honors as a sophomore. He started all 13 games for an offense that averaged a league-leading 257.8 yards per game and a school record 41.3 points per contest. Pyke was one of five Bulldog offensive linemen who started each game in 2014 and four of those five return for 2015.

The Bulldogs start their 2015 season versus Louisiana-Monroe in Sanford Stadium at 12 p.m. on Sept. 5. The SEC Network will televise the matchup.