ATHENS, Ga. – The continued improvements to the Georgia Athletic facilities will soon be highlighted by the addition of the much-anticipated, state-of-the-art Indoor Athletic Facility.

The University of Georgia Athletic Association announced on Monday, August 31 that construction will begin following the conclusion of the 2015 football season.

“Today’s decision is the next step in the process to build our new Indoor Athletic Facility,” J. Reid Parker Director of Athletics Greg McGarity said. “We will now be able to share the impressive interior and exterior renderings of the facility with everyone. From a functional and aesthetic standpoint, this facility will be transformational for our entire athletic program.”

The facility will be programmed for maximum functionality, as it will be approximately 140 feet long, 80 yards wide and 76 feet high, adding nearly 109,000 square feet of space.

“It’s exciting to see the project continuing to move forward,” Head Coach Mark Richt said. “We’re appreciative of the support provided by President Morehead, Greg McGarity, the Athletic Association Board and Board of Regents. This will be the best indoor facility in the country!”

The announcement comes on the heels of the recent renovations and improvements to Sanford Stadium that fans will see this coming season.

On-campus indoor athletic facilities are commonplace in collegiate athletics. With the addition of this facility, weather will no longer have an impact on game preparation. The project will cost an estimated $30 million and will be funded through a combination of donor support and athletic department reserves.

The Indoor Athletic Facility will serve as the first component of a larger campaign UGA Athletics hopes to unveil soon which will be referred to as the Georgia Excellence Campaign.

To support the Georgia Excellence Campaign and subsequently the development of the Indoor Athletics Facility please contact Mónica Lébrón in The Georgia Bulldog Club for more information. 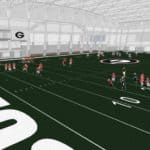 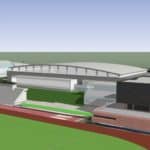 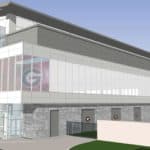 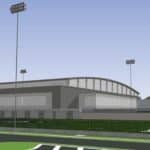