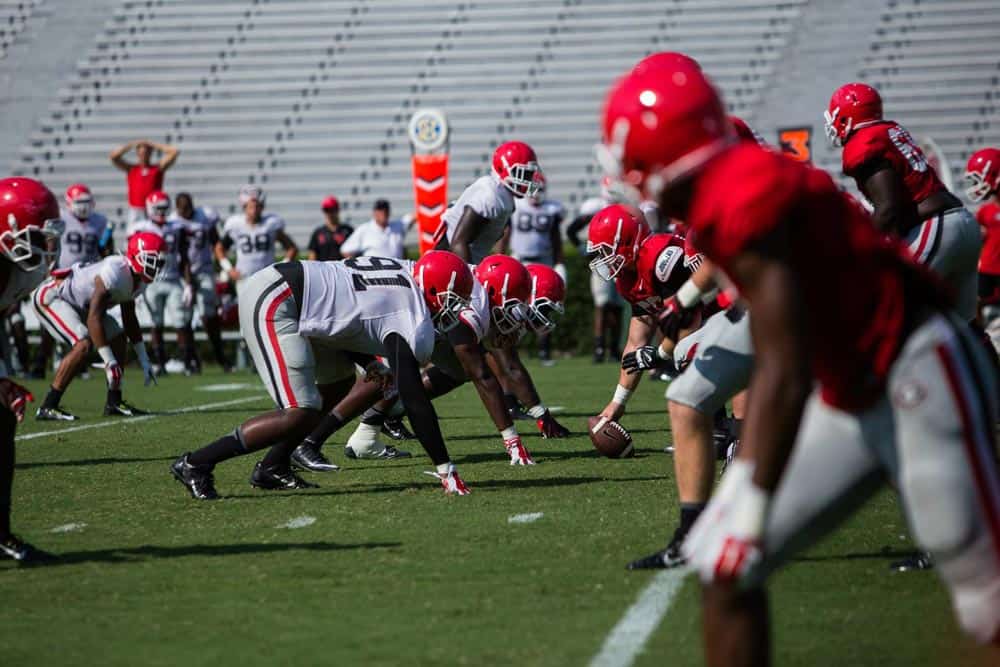 The two-hour workout in full pads began with an emphasis on special teams including kickoff coverage and kickoff return and then moved to approximately 35 plays before taking a halftime break. When action resumed, Georgia focused on punt coverage and punt returns and then a series of third-down situations and culminated the day with goal line action.

The competition for the starting quarterback role continues for the Bulldogs between junior Faton Bauta, redshirt sophomore Brice Ramsey and junior Greyson Lambert. Georgia coach Mark Richt did not indicate a frontrunner at this point in camp.

“I’d like to know and have some peace about it; when I make a big decision, I like to have peace, and I don’t have that right now,” Bulldog head coach Mark Richt said. “I’m a patient guy, but the clock is ticking. I got a feeling it will play out in the games.”

Richt added that he’s never been a quick-trigger coach as far as pulling a quarterback during a game after having played the position. He said he and the coaches would continue to watch how they all play.

“I’d rather not rotate, but we did it in 2001 with (David) Greene and (Cory) Phillips, and David came out and played well and solidified the position,” Richt added. “The guys were not horrible today, each had their moments when they did some good things and some that will get you beat.”

Richt provided an update on a handful of players who have missed practice time of late and their status for the season opener. He confirmed that sophomore fullback Christian Payne would probable not be available for game one and wasn’t sure about senior split end Justin Scott-Wesley. However, he indicated that junior linebackers Reggie Carter and Tim Kimbrough should be ready.

Saturday marked the second scrimmage for the Bulldogs in the past nine days. No statistics from the scrimmage were provided. Georgia is off Sunday and then will practice for six consecutive days starting Monday.