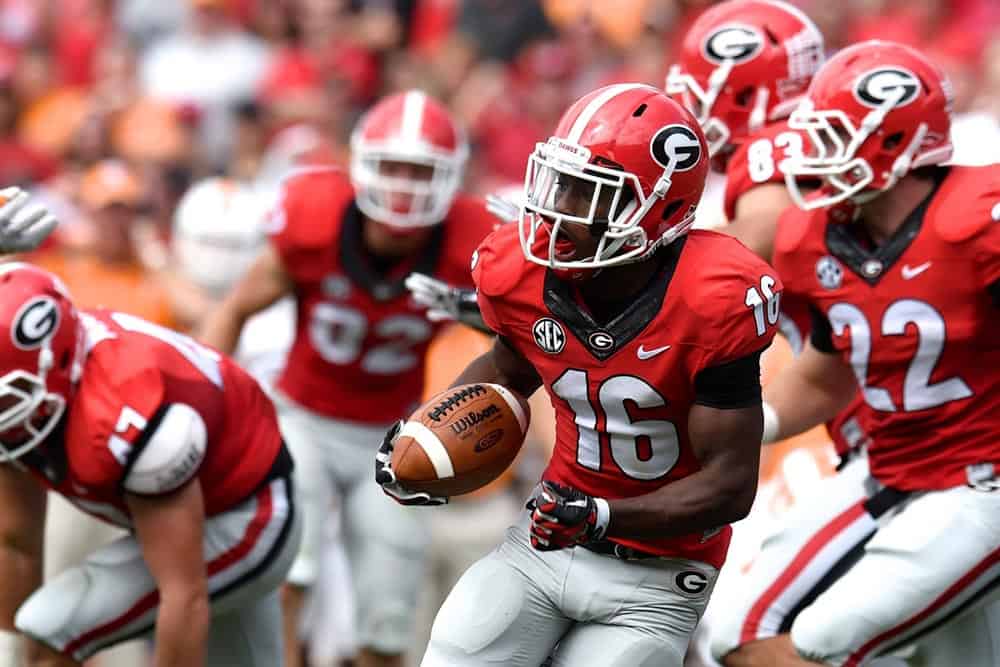 Five Georgia Bulldogs have been named to the 2015 ESPN All-SEC Preseason Team, the network announced today.

Sophomore running back Nick Chubb, who was also named to the 2015 ESPN Preseason All-American Team, leads the way for UGA.

Below is what ESPN had to say about each Bulldog named to the team:

RB: Nick Chubb, Georgia: He stepped onto the scene as a freshman with 1,547 yards, 14 touchdowns and averaged 7.1 yards per carry. He also started just eight games.

OG: Greg Pyke, Georgia: The bulldozing guard is versatile enough to play outside at left tackle if needed and is arguably Georgia’s best run-blocking lineman.

LB: Jordan Jenkins, Georgia: Georgia’s most versatile linebacker can play outside, inside and with his hand on the ground and has 146 career tackles with 15 sacks.

K: Marshall Morgan, Georgia: He hit 16 of 21 field goal attempts last season, including a long of 53 yards. Four of his field goals came from 40 yards or longer.