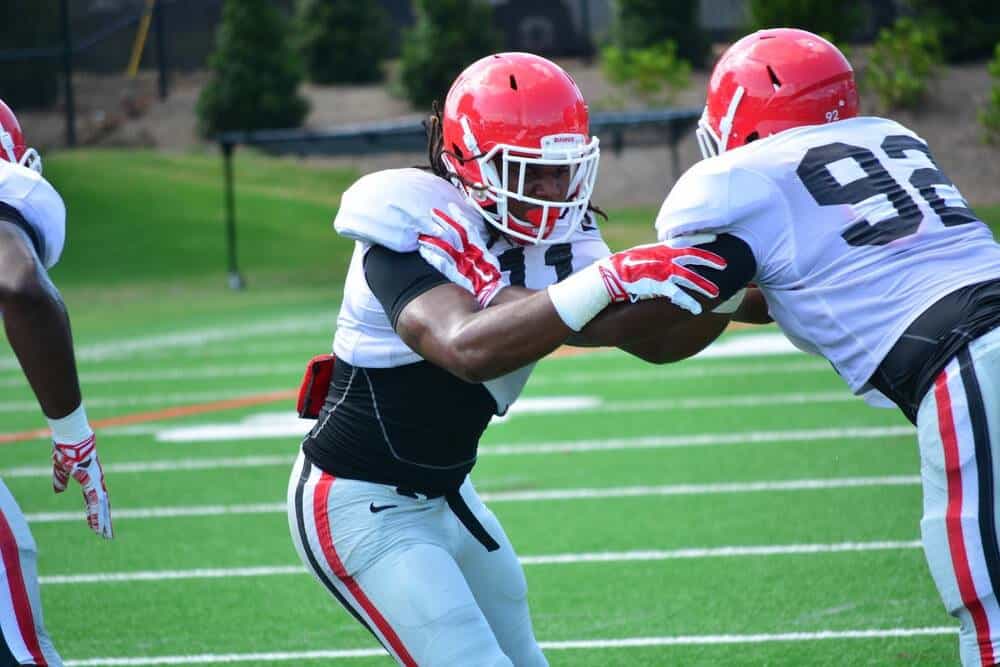 In an effort to be fresh for Thursday’s scrimmage, Georgia head coach Mark Richt trimmed Wednesday’s workout time, which was welcomed by the Bulldogs.

“Today was just about getting better and getting prepared for the scrimmage,” senior nose Chris Mayes said. “Every scrimmage I’ve ever played in is about earning your spot, and right now I don’t believe anybody has earned a spot. At this stage, we are all focused on ourselves and how we can get better individually and as a team. Next week, we will start working on preparing for the other team. We’re ready to start hitting somebody else instead of each other.”

“Thursday’s scrimmage will be more of a competitive scrimmage, some years it’s been a practice game where we have Georgia’s offense, defense and special teams on one sideline and the scout team on the other, but there’s still a lot of competition going on,” Richt said. “For the first game, really four out of the first five games, we’ll have 80 guys able to compete, but we prepare for it like a 70-man roster and who would be on that team, the travel squad, and we’ve got some guys on the bubble.”

When Richt was asked if the quarterback race had been narrowed down or a pecking order, he said they were still evaluating all three quarterbacks.