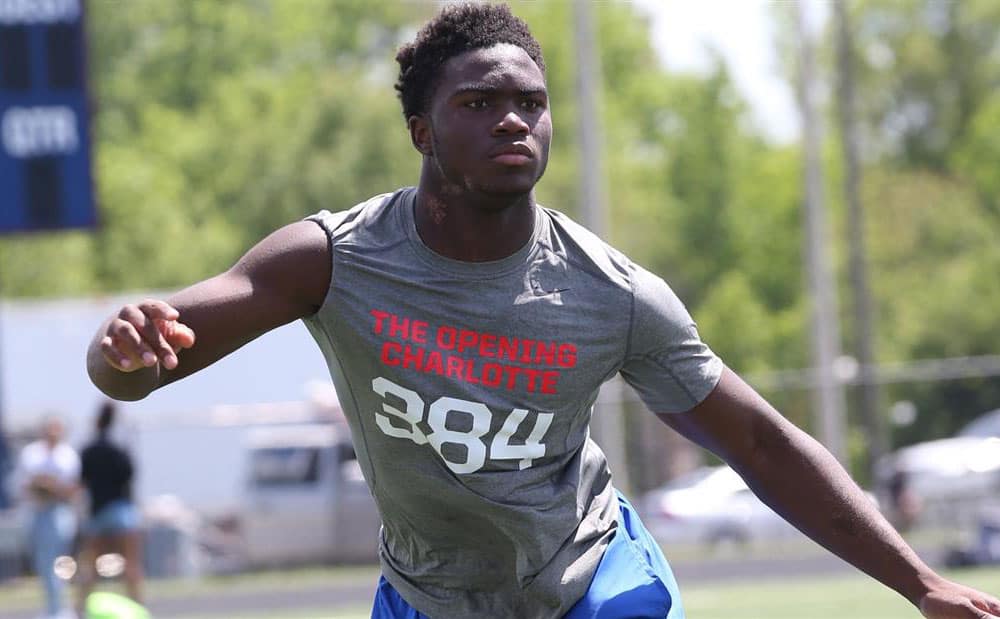 Four-star linebacker Jaleel Laguins of Watkinsville, GA (Oconee County) has committed to UGA for the class of 2016.

Laguins announced his decision this morning at a ceremony at his high school.

“It’s just a true blessing to be where I am right now,” Laguins said. “I have officially decided to verbally commit to the University of Georgia.”

In the 247Sports Composite rankings, Laguins is listed as a 4-star recruit, the No. 15 outside linebacker, and the No. 215 overall recruit in the nation for 2016.

Rivals.com rates Laguins as a 3-star recruit and the No. 40 linebacker in the country.

Georgia now has 16 commitments for the class of 2016 and Laguins is the first linebacker.