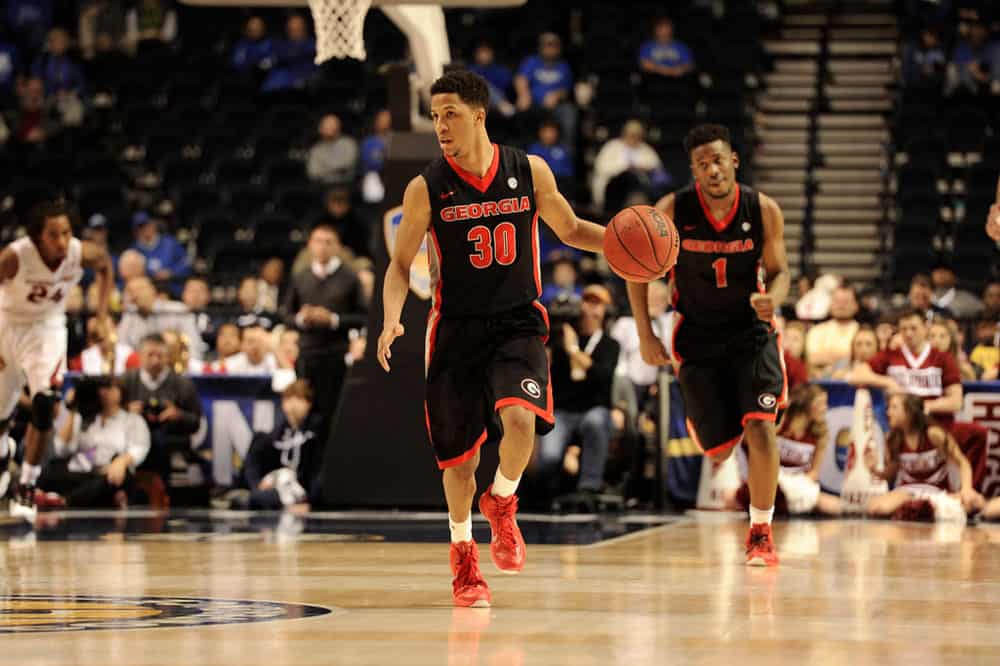 The complete 2015-16 UGA Basketball Schedule was finalized this evening when the SEC announced the conference portion of the schedule.

Georgia will open SEC play on Saturday, Jan. 2 when they travel to Gainesville to take on Florida. The Gators will return the trip to Athens on Tuesday, Feb. 16, which is one of four Tuesday matchups for the Hoop Dawgs.

The other three Tuesday games are Jan. 26 at LSU, Feb. 2 vs. South Carolina, and Feb. 9 at Kentucky.

Below is more on the schedule from the UGA release:

The Bulldogs will open league action at Florida on Jan. 2 in a nationally televised matchup on ESPNU. Georgia’s SEC home opener will be against Missouri on Jan. 6. Missouri and Ole Miss are two of five opponents the Bulldogs will face on a home-and-home basis, along with the previously announced trio of permanent two-time foes Auburn, Florida and South Carolina.

Following a Jan. 9 trip to Ole Miss, Georgia will host Tennessee and Texas A&M on Jan. 13 and 16, respectively. Additional Saturday home contests will be against Arkansas on Jan. 23, Auburn on Feb. 6, Ole Miss on Feb. 27 and Alabama on March 5 in the regular-season finale. Including non-conference games, the Bulldogs will have nine weekend home contests during the season.

“I’m pleased that the nights that we have home games are going to be conducive to the Bulldog Nation coming out to see us,” Fox said. “Home court advantage is so important in college basketball. Last year, we obviously had it, and we need it again.”

The Bulldogs’ other weekday home games are versus South Carolina on Feb. 2 and Florida on Feb. 16.

Game times and television information for the Bulldogs’ non-conference games will be announced at a later date.

All 18 league games will be televised on the SEC Network of the ESPN family of networks; however, the originating network is set for only 11 games. The network for the seven remaining “flex” games will be announced 7-10 days prior to those contests. All of the games also will be available through WatchESPN, accessible online at WatchESPN.com, on smartphones and tablets via the WatchESPN app, and streamed on televisions through Amazon Fire TV, Apple TV, Chromecast, Roku, Xbox 360 or Xbox One to fans who receive their video subscription from an affiliated provider.

The Bulldogs are coming off back-to-back 20-win seasons for just the third time in the program’s 107 seasons of competition. Georgia has won a combined 32 SEC games during the 2012-13, 2013-14 and 2014-15 campaigns, the Bulldogs’ most-ever league victories in a three-year span.

“This is a brand new team,” Fox said. “Every year we start anew, and this group has to pay the price. We’ve got a lot of work in front of us. If we can just focus on getting a little bit better every day, doing things the right way, learning how to play the right way, then hopefully when SEC play comes in January, we’ll be ready.”

Season ticket packages are $270 for fans and $135 for UGA faculty and staff. From August 3-September 1, contributors to the Basketball Enhancement Fund (BEF) and faculty/staff will be able to order season tickets online here or by calling the UGA ticket office at 1-877-542-1231 on Monday-Friday between 8:30 a.m. and 4:30 p.m. BEF contributors and faculty/staff season tickets holders also will be able to order tickets to the 2016 SEC Tournament, which will be March 9-13 at Bridgestone Arena in Nashville, Tenn.

Fans can support the men’s basketball program through a gift to BEF by calling The Georgia Bulldog Club at 1-877-GA-DAWGS (423-2947) or by visiting here for more information.