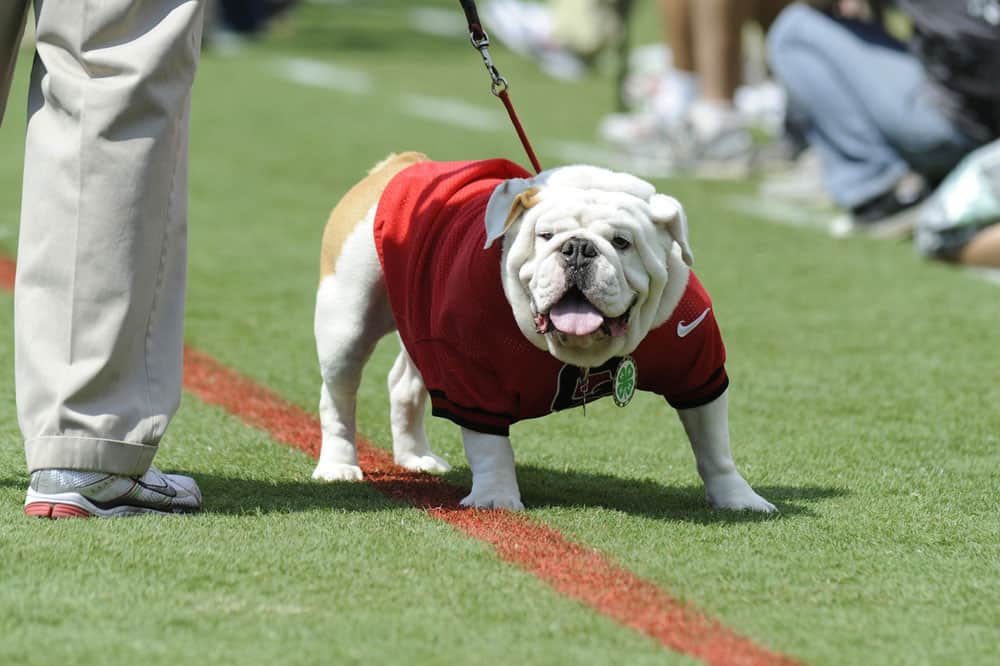 The University of Georgia has announced that Uga X will take over for Uga IX, aka Russ, at a date to be announced during the 2015 football season.

Russ began his duties between the hedges in 2009 and 2010 serving as interim mascot for 25 games after the deaths of Uga VII and Uga VIII. On Sept. 15, 2012, Russ was promoted to Uga IX during the game vs. Florida Atlantic.

After interim duty and four full seasons, Russ has compiled an overall record of 44-19. His success includes the 2011 and 2012 SEC Eastern Division championships and victories in the 2009 Independence Bowl, 2013 Capital One Bowl, and 2014 Belk Bowl.

“We look forward to celebrating the reign of Russ who has served the University and our sports program in magnificent fashion,” said UGA President Jere W. Morehead. “He has truly endeared himself to fans all over the country. At the same time we anxiously await the arrival of the newest in our long-standing line of mascots, Uga X.”

News of the upcoming Uga X first surfaced this weekend at Countdown to Kickoff. Charles Seiler, whose family has provided the English Bulldog mascots to UGA since 1956, told UGASports.com and others that Uga X would debut this season.

In addition, Seiler brought one of three candidates to become the new Uga X to the event this past weekend.

Que, the one-and-a-half year old grandson of Uga IX, made his appearance and had a successful day with the fans and media. Check out his picture below, courtesy of Radi Nabulsi. 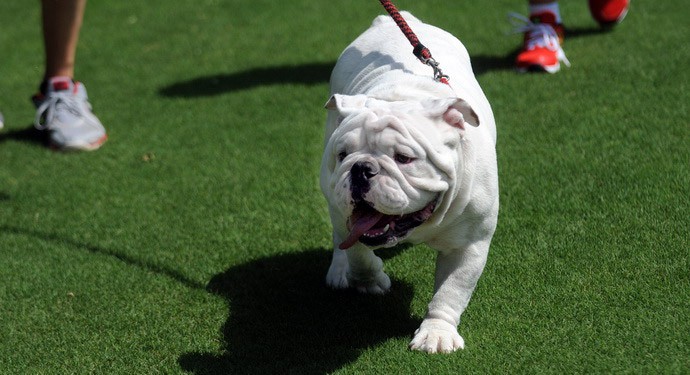 Russ' grandson is meeting the fans for the first time pic.twitter.com/k8p7UwChtw