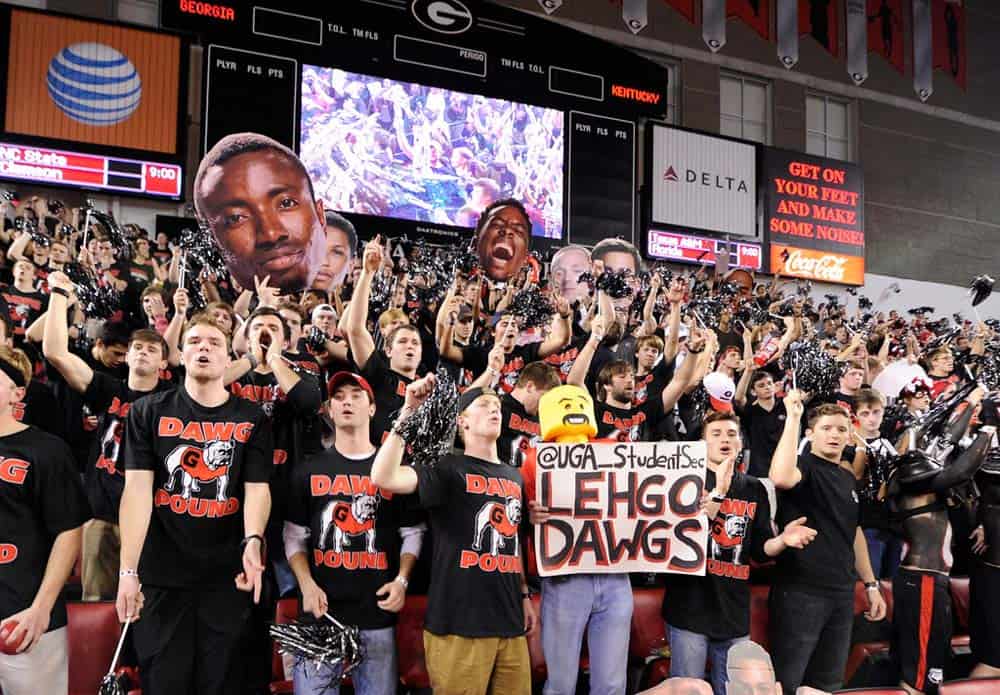 ATHENS, Ga. – Georgia Basketball’s 2015-16 non-conference slate announced Tuesday will be among the most challenging and balanced in the program’s history. The Bulldogs’ 11 non-conference opponents averaged 19.3 wins last season and finished 2014-15 with an average NCAA rpi of 115.

“Our goal was a non-conference schedule that would put us in a proper position with the strength of schedule numbers at the end of the year,” head coach Mark Fox said. “You never know what kind of season a team you play will have, but with the numbers from last year I think we’ve been able to establish the strength of schedule we need. It’s a little tougher numbers wise than it was a year ago. That’s important when you get to the month of March.”

The Bulldogs will open the season by hosting a three-game homestand featuring Chattanooga on Nov. 13, Murray State on Nov. 20 and High Point on Nov. 25. Georgia travels to Seton Hall on Nov. 28 before hosting a half-dozen games at Stegeman Coliseum during December. Matchups with Kansas State on Dec. 4, Georgia Tech on Dec. 19 and Clemson on Dec. 22 headline that stretch. A Jan. 30 trip to Baylor for the SEC/Big 12 Challenge wraps up the Bulldogs’ non-conference competition.

“One of the things Greg (McGarity) and I have talked about for several years is getting quality non-league opponents to Athens,” Fox said. “I think we’ve been doing a good job of that with teams like Colorado and Seton Hall last year and Kansas State and Clemson this season. We want to have an attractive schedule. I want our fans to come to Stegeman Coliseum to watch our team play, but I want them to see our team play against some real quality teams.”

All told, Georgia will play 18 regular-season home games, equaling 2008-09 and 2012-13 for the most ever. The Bulldogs’ SEC schedule will be released next month; however, it was announced in May that Auburn, Florida and South Carolina will visit Athens every season as UGA’s permanent home-and-home opponents in the league’s new scheduling format.

Georgia is coming off consecutive 20-win campaigns for just the third time in the program’s 107 seasons of competition. The Bulldogs were 21-12 last season and lost to Michigan State, an eventual Final Four team, in the first round of the NCAA Tournament. In 2013-14, Georgia notched a 20-14 finish and reached the second round of the NIT. The Bulldogs posted three consecutive 20-win seasons in 1995-96, 1996-97 and 1997-98.

Fans can support the men’s basketball program through a gift to the Basketball Enhancement Fund (BEF) by calling The Georgia Bulldog Club at 1-877-GA-DAWGS (423-2947) or by visiting here for more information.

Notes on the Schedule

• The Bulldogs’ schedule includes only one team that finished the 2014-15 season with an rpi in the 200s. Georgia’s non-conference schedules over the past 10 seasons have averaged 4.2 opponents with an rpi of 200 or higher during the previous season.