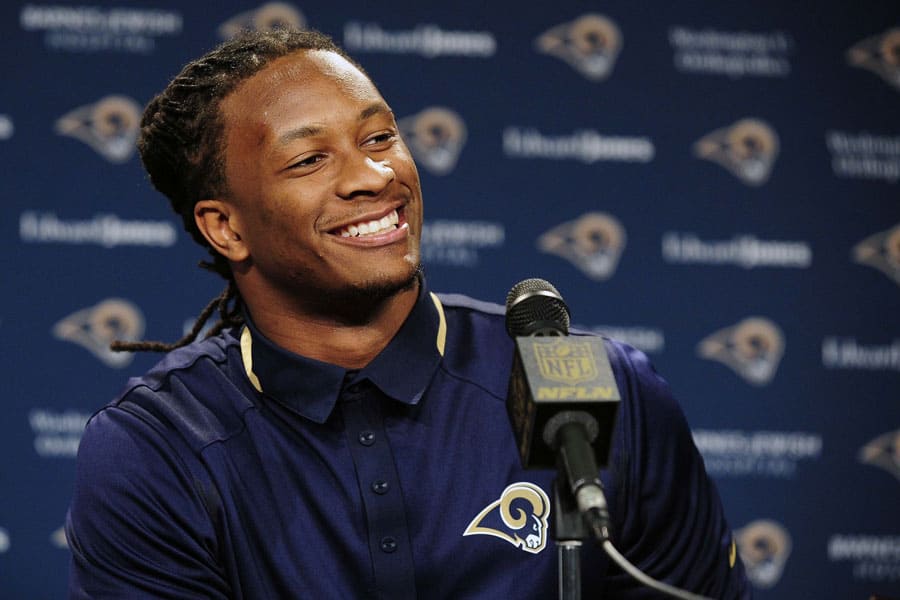 Gurley passed his conditioning test and, according to St. Louis Post-Dispatch reporter Jim Thomas, he did it “impressively.”

RB Todd Gurley passes his conditioning test with Rams Tuesday _ impressively we might add. Will begin camp on active roster.

Gurley, who has been rehabbing from an ACL tear he suffered last November, signed with the St. Louis Rams in June. According to spotrac.com, Gurley’s contract is worth a total of $13,823,183, with $8,313,224 of that being paid to him as a signing bonus.

St. Louis’ 2015 camp is slated to begin on Friday, July 31. According to Turf Show Times, Gurley will likely begin with individual work before going full-speed.