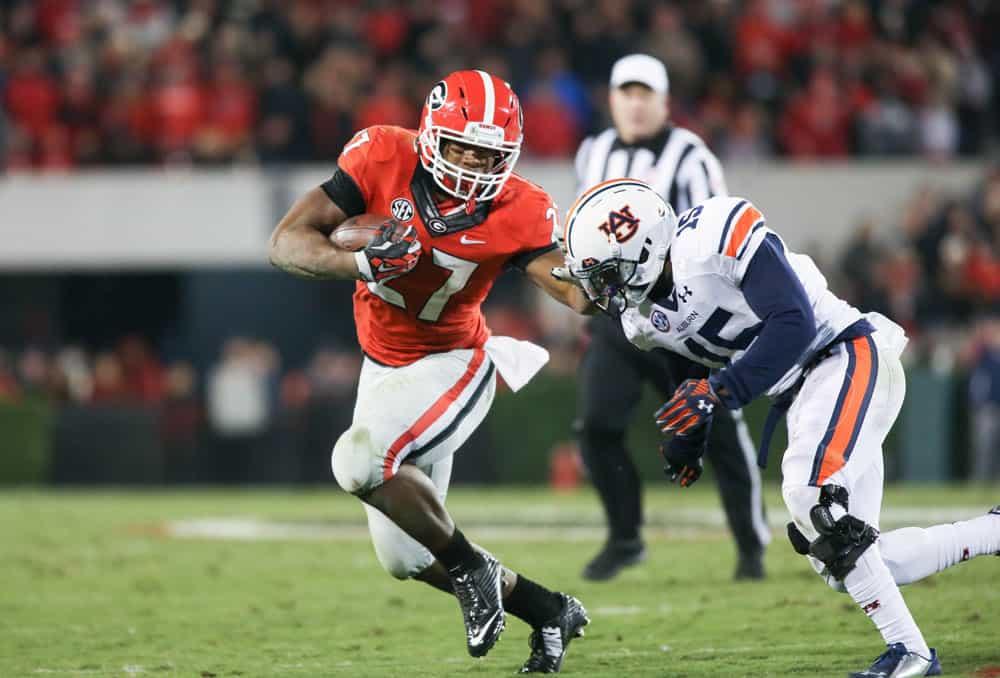 UGA sophomore running back Nick Chubb has been named to the watch list for the 2015 Walter Camp National Player of the Year, the Walter Camp Football Foundation announced today.

“We are proud to continue the great work of Walter Camp and recognize the best college football players in the nation,” Foundation president Robert Kauffman said. “This watch list is a great start to what is shaping up to be another exciting year of college football.”

In mid-November, the watch list will be narrowed to 10 semi-finalists. The winner of the 2015 Walter Camp National Player of the Year will be announced live on ESPN on Thursday, Dec. 10, 2015.

The Georgia Bulldogs open the 2015 season at home on Sept. 5 vs. the ULM Warhawks (Noon ET, SEC Network).