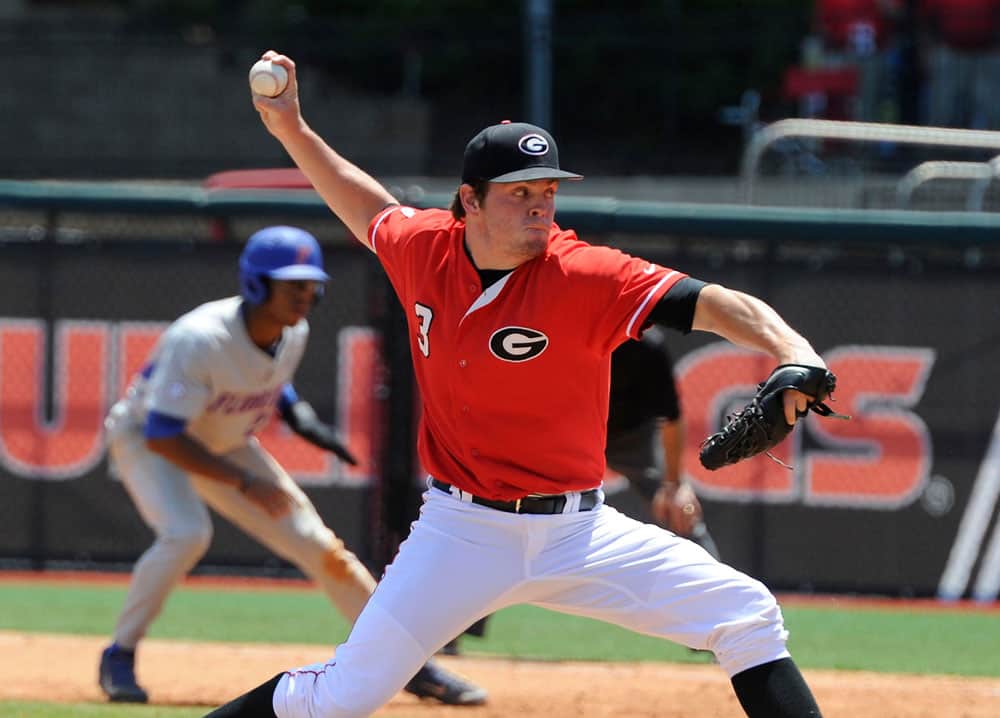 ATHENS, Ga. – A total of seven Georgia Bulldogs were selected during the 2015 Major League Baseball Draft that featured 40 rounds and concluded Wednesday.

Georgia had five pitchers and two position players selected in the 40-round draft. It marked the most draft picks by the Bulldogs since 2011 when seven heard their name called.

McLaughlin and Sosebee were the only two Bulldogs among the seven who had been drafted earlier in their career, both after their senior year of high school. In 2011, the Red Sox selected Sosebee in the 48th round, while in 2012, the Braves drafted McLaughlin in the 38th round.

Additionally, two Bulldog baseball signees and one Georgia football signee were drafted this year. Pitcher Dakota Chalmers (North Forsyth HS, Gainesville, Ga.) was a third round pick of Oakland while outfielder Chad Smith (South Gwinnett HS, Snellville, Ga.) was a fifth round selection of Texas. Bulldog football signee Terry Godwin, a 5-11, 170-pound wide receiver out of Callaway High School in Hogansville, Ga., was drafted as an outfielder by the Braves in the 33rd round.

The signing deadline for underclassmen selected in the 2015 draft is July 15. With three seniors among the Bulldogs drafted, Georgia will extend its streak to 43 seasons of having at least one player sign a professional contract. A total of 37 former Bulldogs have reached the Major Leagues.