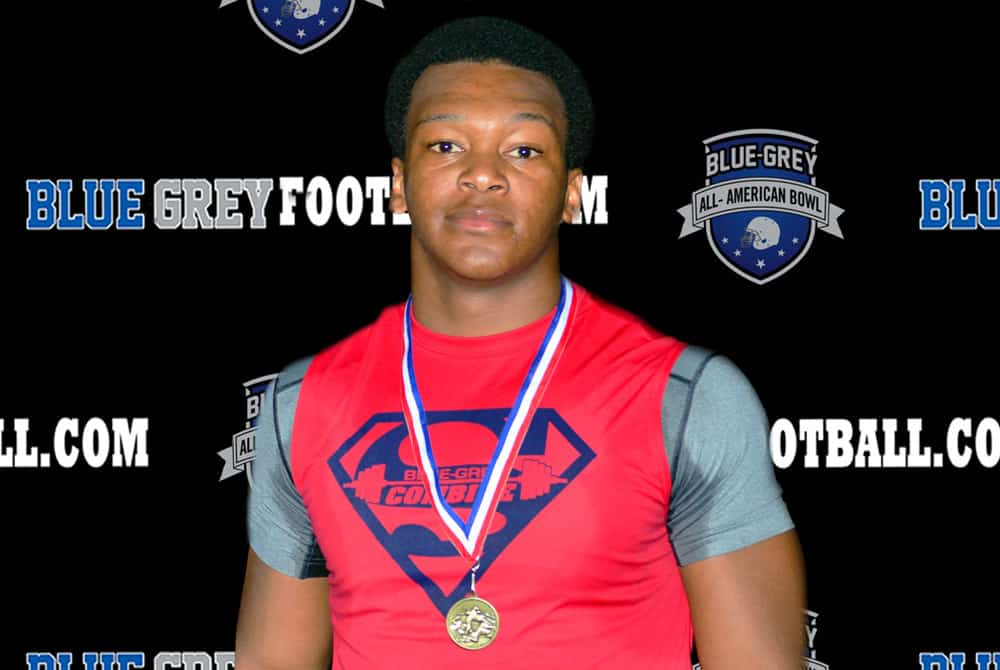 Four-star running back B.J. Emmons has decommitted from the Georgia Bulldogs, ESPN has reported.

Emmons (5-11, 213) committed to the Bulldogs in December over offers from Charlotte, NC State, North Carolina, and Tennessee. Alabama and Tennessee are reportedly the leaders now.

In the 247Sports Composite rankings, Emmons is listed as a 4-star recruit, the No. 4 running back, and the No. 116 overall recruit.

With the loss of Emmons, the Georgia Bulldogs are now down to 12 commitments for the 2016 class.

The Dawgs will now turn their attention to another running back still on their board — four-star Elijah Holyfield of Atlanta (Woodward Academy). Holyfield, the son of boxing legend Evander Holyfield, visits Athens on Friday.