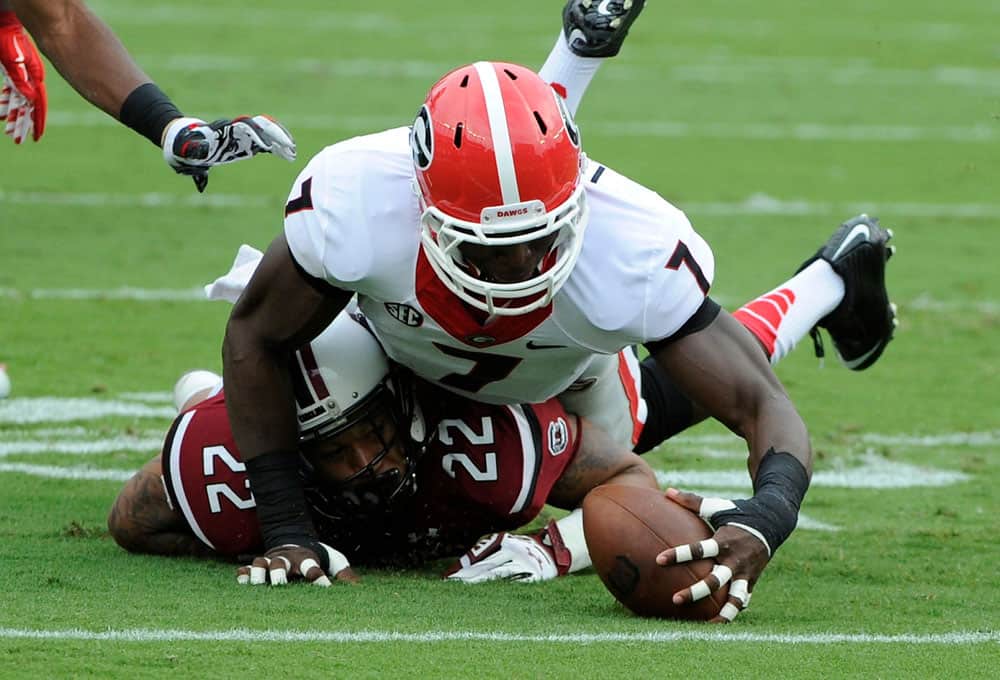 Kickoff time and television coverage for UGA’s 2015 home games against ULM and South Carolina were announced today by the SEC.

Georgia opens the 2015 season at home against the ULM Warhawks of the Sun Belt Conference on Saturday, Sept. 5. The game is set for a noon kickoff on the SEC Network.

In week three of the season on Sept. 19, Georgia hosts the South Carolina Gamecocks. The game is set for 6pm ET on ESPN.

Georgia fell to South Carolina last season 38-35 and have lost four of the last five meetings against the Gamecocks. The Bulldogs’ only win in that span was a 41-30 victory in Athens in 2013.

Last month, the conference announced that Georgia’s road game at Vanderbilt on Sept. 12 and the annual Georgia-Florida game in Jacksonville on Oct. 31 are both set for 3:30pm ET on CBS.