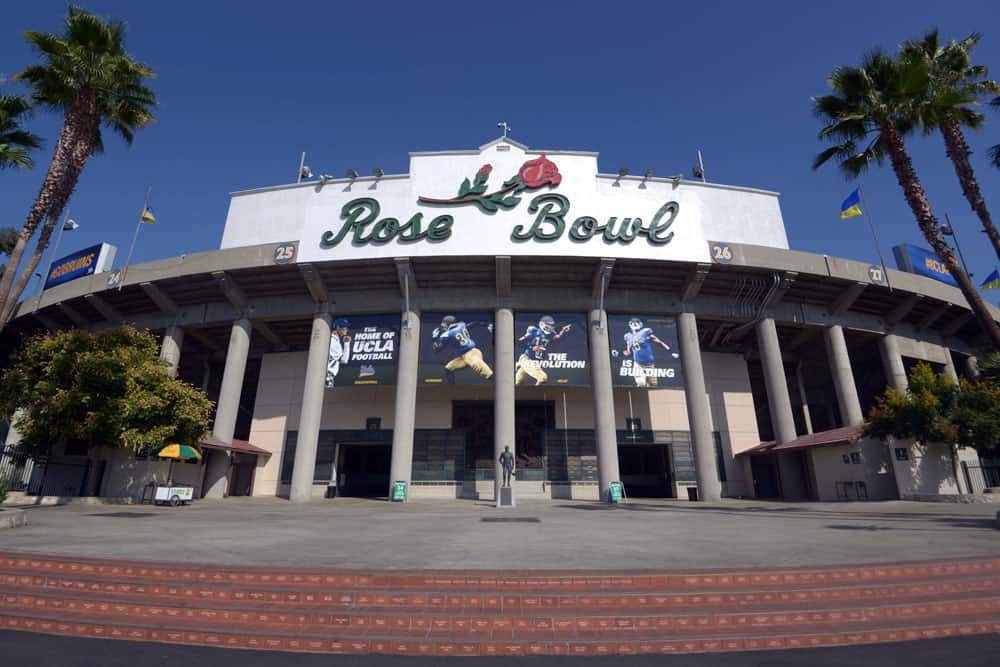 The Georgia Bulldogs are headed to the Rose Bowl! Georgia and UCLA announced today they will play a home-and-home football series in 2025 and 2026.

In the first game of the series, Georgia will travel to face UCLA at the Rose Bowl in Pasadena on Aug. 30, 2025. The Bulldogs will then host the Bruins in Athens on Sept. 5, 2026.

“This home and home series provides an opportunity for our students and fans to enjoy a great matchup of two tradition-rich football programs in two of the most iconic venues in sports the Rose Bowl and Sanford Stadium,” said UGA Director of Athletics Greg McGarity. “These games will attract significant national attention on the opening weekend of the college football season, and we are thankful to our peers at UCLA for making this series happen.”

Georgia and UCLA have only met twice on the gridiron. In the 1943 Rose Bowl Game, Georgia defeated UCLA 9-0. The Bulldogs beat the Bruins again in 1983 in Athens, 19-8.

UCLA is the second high-profile opponent added to Georgia’s future schedules. The Bulldogs are also slated to travel to Notre Dame in 2017 and then host the Fighting Irish in Athens in 2019.