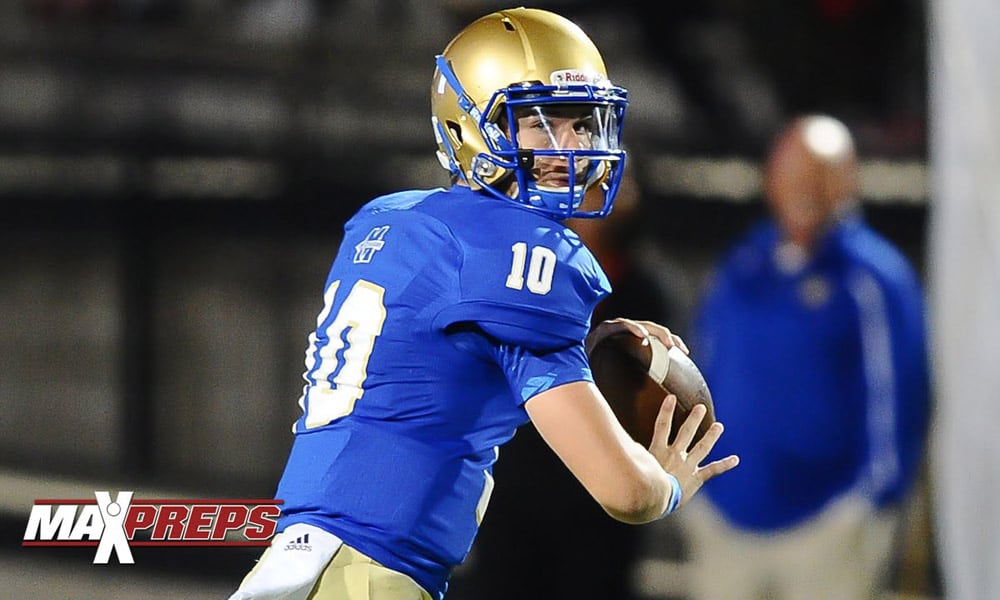 Four-star quarterback Bailey Hockman of Powder Springs, Georgia (McEachern) has committed to UGA for the class of 2017.

Hockman announced his commitment to the Bulldogs Friday morning and also posted it to his Twitter account (see below).

“Coach Schottenheimer, he’s a really great coach,” Hockman told UGASports.com. “I feel like I could fit in well in his system. He just tells me he thinks I’m a great player and wants me to go there.”

In the 247Sports Composite rankings, Bailey Hockman is listed as a 4-star recruit, the No. 2 pro-style quarterback, and the No. 43 overall recruit in the nation.

Rivals.com and Scout.com also rate Hockman as a 4-star recruit.

Georgia now has their first commitment for the class of 2017 and have their future at quarterback nailed down. Next season, No. 1 quarterback Jacob Eason arrives on campus and will challenge UGA’s three current QB’s — Brice Ramsey, Faton Bauta, and Greyson Lambert.

Blessed to say I have officially committed to the University of Georgia!!!! 🐶 #CommitToTheG #GoDawgs pic.twitter.com/kUtc9snHHf