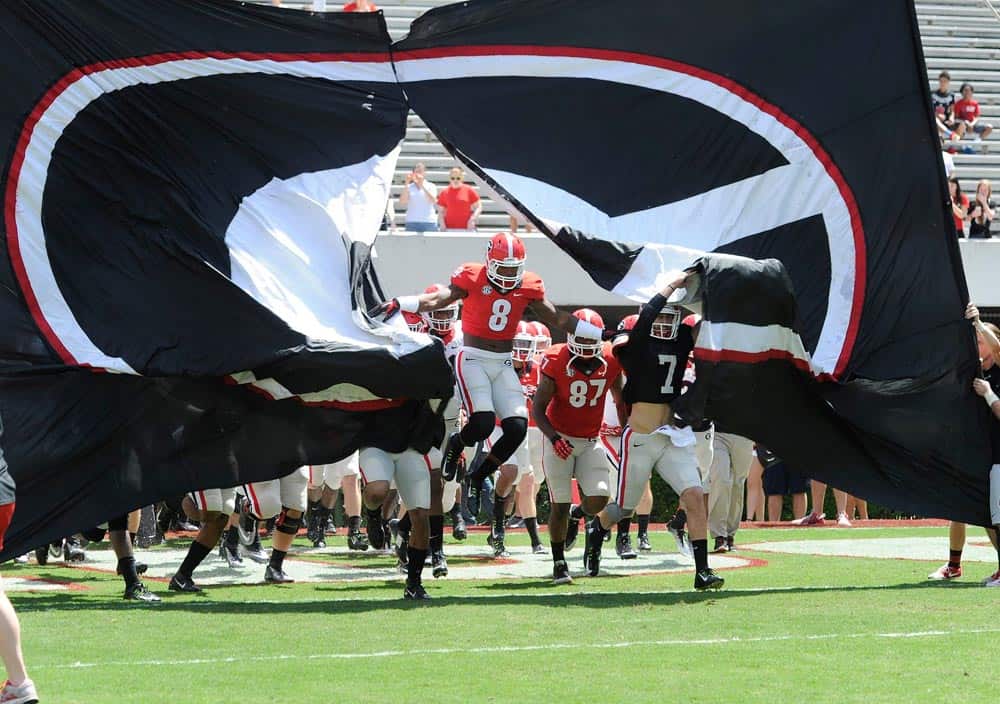 College football pundit Phil Steele has released his Projected AP Top 25 ranking for 2015, and he has the Georgia Bulldogs at No. 10.

Last year seemed like a very disappointing year for Georgia and yet it still finished at No. 9. I don’t think the AP voters will put three teams from the SEC West in the top 10, as they will knock each other off, but UGA is the clear-cut front-runner to win the SEC East. At times last season, the Bulldogs looked like the best team in college football, and they return their star-studded backfield led by Nick Chubb and bring in another tremendous recruiting class. With Florida at a neutral site, they have just three true SEC road games this year, and while they do play both Alabama and Georgia Tech, I think UGA will be the No. 10 team in the preseason AP poll.

The projected number one team in the country according to Phill Steele is Ohio State. The Buckeyes are followed by TCU, Alabama, Baylor, and Oregon.

Listed below is Steele’s complete projected AP Top 25 for 2015 (UGA opponents in bold):