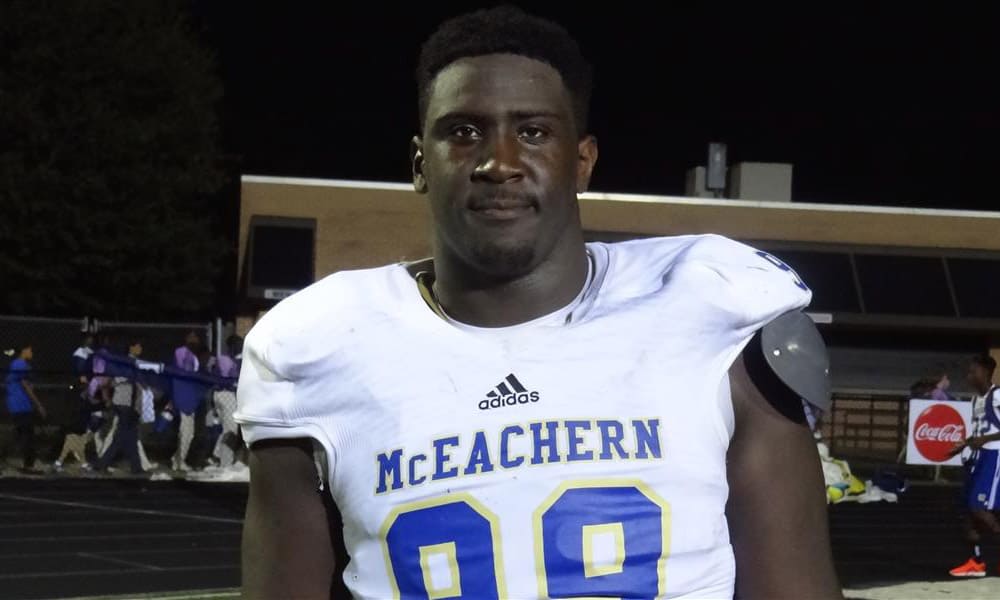 Five-star defensive tackle Julian Rochester of Powder Springs, Georgia (McEachern) has committed to UGA for the class of 2016.

I officially Committed to the University Of Georgia shouts out to the UGA coaches and families love yall #GoDawgs pic.twitter.com/XTCtMFqx2x

In the 247Sports Composite rankings, Julian Rochester is listed as a 5-star recruit, the No. 3 defensive tackle, and the No. 10 overall recruit in the nation.

Georgia now has 13 commitments for the class of 2016 and their class is currently ranked 4th by 247Sports.

The Bulldogs are amassing a stellar class of defensive line recruits for next season. Rochester joins UGA commitments Tyler Clark and Chauncey Manac, both 4-star recruits.

It's great to be a Georgia Bulldog!! Go Dawgs!! #homeGrown #Squad16 #CommitToTheG