Bulldogs getting ready for G-Day

Bulldogs getting ready for G-Day 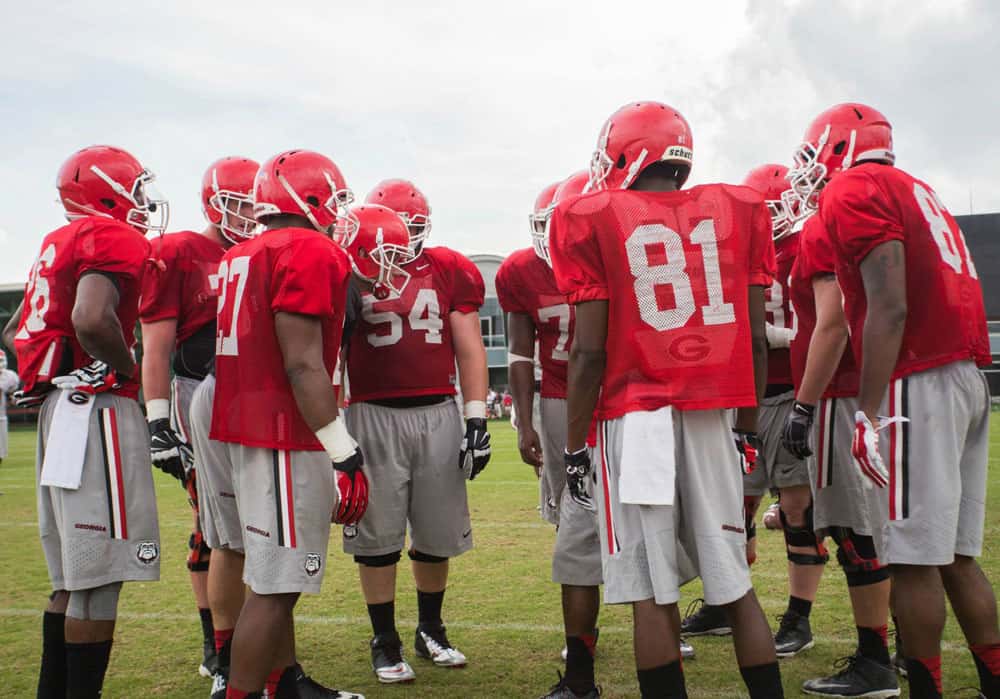 ATHENS, Ga. – The Georgia football team held its next-to-last practice before the G-Day game Tuesday afternoon at the Woodruff Practice Fields. The Bulldogs will hold another workout on Thursday before the annual G-Day game Saturday at 2 p.m. at Sanford Stadium.

“The weather tested them today,” head coach Mark Richt said. “The guys fought through it, and I think we got better. It was a feast or famine day. There were either a lot of big plays happening both ways, either a nice play offensively or an interception or forced fumble on defense. I think our defense is doing a nice job of raking the ball out. We had way too many balls come out, but it is a tribute to the defense and the job they are doing and it’s going to make us better offensively.”

Richt also noted after practice that Keith Marshall and Charlie Hegedus, who have been dealing with injuries, got reps on Tuesday.

“I wouldn’t say (Marshall) is 100 percent, but he did get more reps,” Richt said. “He got more work that I thought he would. He did get some reps, which is good for him and good for his fellow backs. It takes a little pressure of of them. Hegedus got some reps today as well, and you could tell he was fatigued before the practice was over. We were trying to be a little careful with those guys as to how many reps they got today in their first day back.”

There is no cost for admission, but fans are encouraged to bring canned goods for the Food Bank of Northeast Georgia. Donations will be accepted at Gates 2, 4, 6 and 9.

Georgia will kick off the 2015 season against Louisiana-Monroe Sept. 5 in Athens.