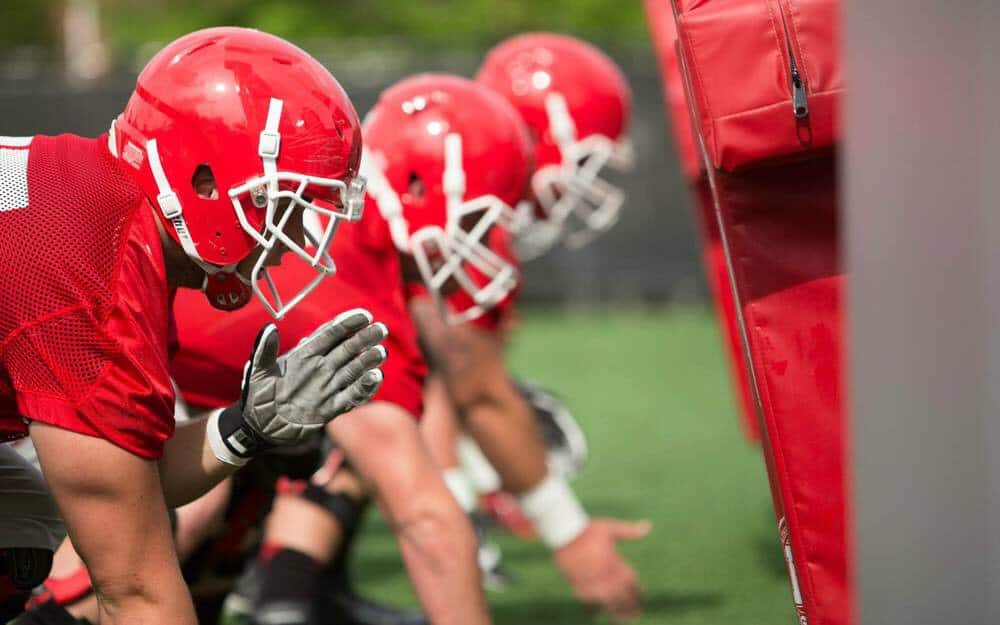 ATHENS, Ga. – The Georgia Bulldogs wrapped up their 2015 spring practice sessions with a two-hour, full-pads workout at Sanford Stadium on Thursday afternoon.

Head coach Mark Richt delayed his post-practice media session a few minutes to take full advantage of the day and work extra with a player at a key offensive position that remains uncertain entering the fall.

“Sorry to keep you waiting, but it was really the last time we could get some work with (Brandon) Kublanow,” Richt said. “Starting tomorrow, you can’t really be coaching him. We took a little extra time after practice to help him out and give him something to work on during the offseason.

“We don’t know who the center is going to be,” Richt said. “Kublanow is capable, Isaiah Wynn is capable and Hunter Long is capable right now. Are they game-ready right this second? Probably not. Hunter is probably the most able to handle all the calls and everything going on and snap the ball consistently right this second. But there’s a lot of time between now and then for everybody to get better at the skills that they need to get better at and study the spring cutups and make sure they can make all the right calls and all that kind of stuff. Those guys will work all summer long. They’ll have a lot of 7-on-7 reps with each other. That’s one thing you can perfect in my opinion in an offseason so they should all work to get that done.”

Richt was asked which of the team’s mid-year newcomers made the biggest impact on the spring and he listed several standouts.

“It’s hard to say, but Natrez Patrick looks like he found a home (at inside linebacker),” Richt said. “I think he’s got a good body type and a good disposition to play that middle linebacker position. The young safeties (Johnathan Abram and Jarvis Wilson) have been hot and cold and making some plays. Jackson Harris I think is a guy who has got the skill set to play well and he’s learning pretty quick. He had a real solid spring. (Jonathan) Ledbetter is learning a lot. Chuks (Amaechi) and (Jake) Ganus, those guys are going to help us win, Chuks and Ganus, older guys a junior college in Chuks and Ganus coming from UAB. I think they all got a lot of solid work in.”

Early enrollee Michael Barnett missed most of the spring due to a shoulder injury.

Georgia will kick off the 2015 season against Louisiana-Monroe in Athens on Sept. 5.