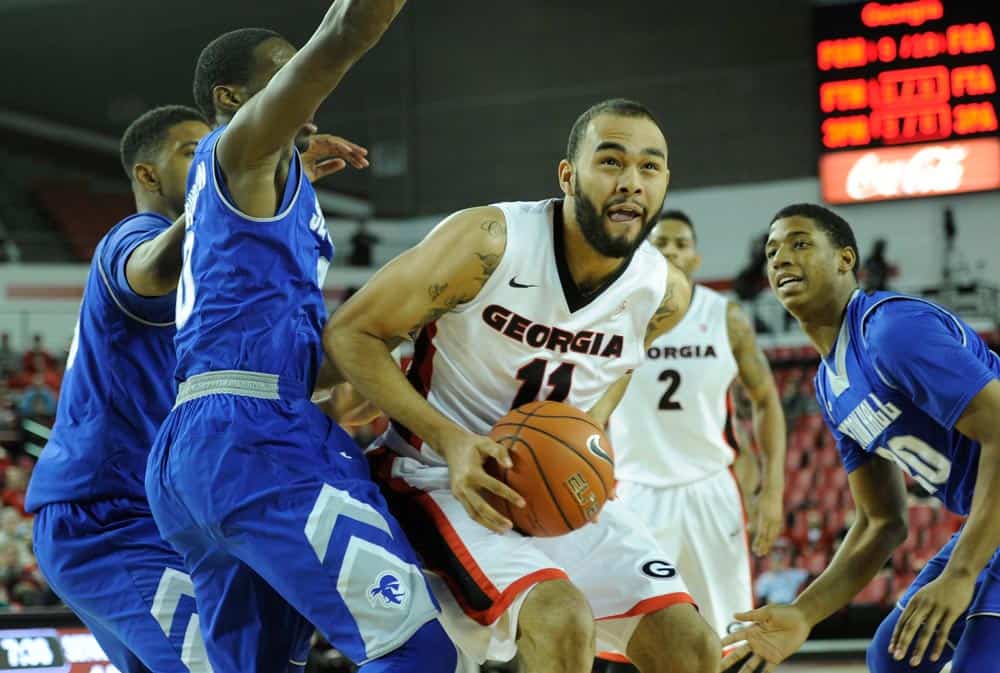 Forte, from Tempe, Ariz., averaged 3.7 points and 2.4 rebounds as a reserve forward over the past two seasons for the Bulldogs, including 4.0 points and 2.8 rebounds in the 2015 season. He transferred to UGA in 2013 after playing one season at Howard College in Big Spring, Texas.

“Cam has been a key part of our team,” Fox said. “He is on track to graduate this summer and that was a goal we both shared for him. I am thankful for the efforts he gave our team and proud of his academic accomplishment. This spring he expressed the desire to be closer to home and we have granted him a full release to pursue this desire. We wish him well as he moves forward.”

Forte emerged as a key player for Georgia during the latter half of the 2015 season. He averaged 4.6 points, 3.4 rebounds and 17.4 minutes during the SEC schedule, highlighted by a game-winning basket against Alabama in mid-February.

“I am extremely grateful to the University of Georgia and Coach Fox for giving me the opportunity to represent this institution on and off the basketball court,” Forte said. “This summer I will graduate and believe it is in my best interest to play my last year of collegiate basketball at an institution closer to home. I am thankful to my teammates, the UGA Athletic Association, academic staff, and coaches for the outgoing support over the last two years. Go Dawgs!”