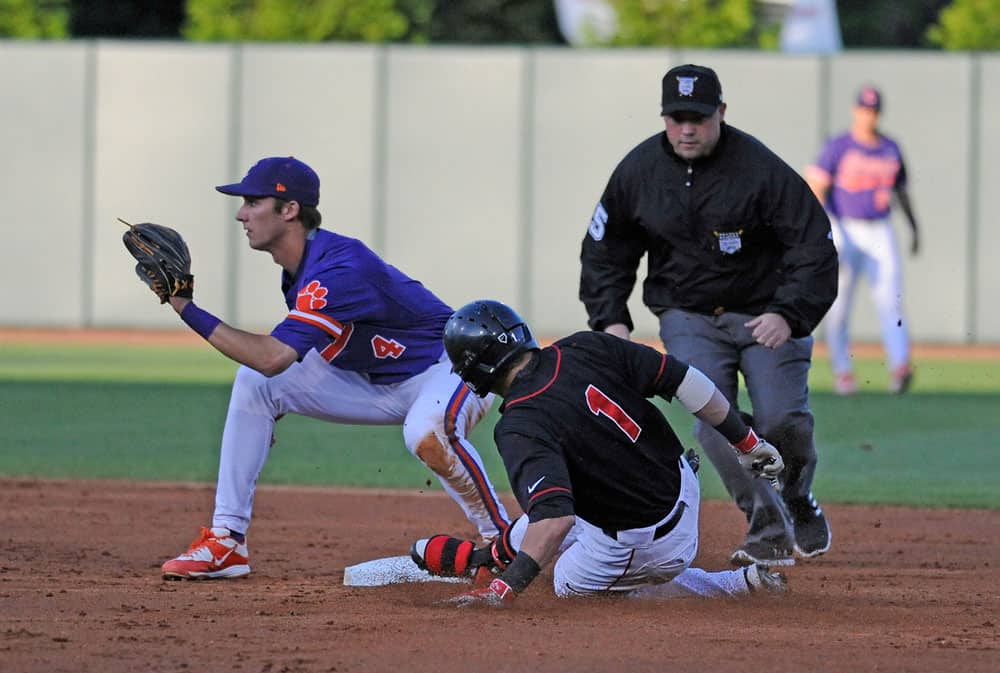 ATHENS, Ga. – Four Georgia pitchers combined on a two-hit shutout of Clemson Tuesday at Foley Field to sweep the series for the first time since 2009.

The Bulldogs (21-20) jumped out to a 4-0 lead in the first off Tiger starter Brody Koerner as a Clemson error led to three unearned runs. Jared Walsh (4-1) started for Georgia with two scoreless innings as part of a staff night. He was followed by Mike Mancuso who tossed a career-high four innings before giving way to Ryan Avidano for two innings and Jared Cheek took care of the ninth. It was Georgia’s first combined two-hitter since 2008.

“That was the exact script we wanted,” Georgia coach Scott Stricklin after the game. “Jared Walsh was going to go out to pitch two innings and get back in the grove of things. Mike Mancuso has been pitching extremely well, and it was good to see Ryan Avidano with two scoreless innings. Jared Cheek looked as good as ever in the ninth.”

With Stephen Wrenn on base, junior Daniels Nichols doubled to left to give the Bulldogs a 1-0 lead. Skyler Weber added a two-run single and Brandon Stephens notched an RBI-single to cap the scoring in the first. In the fifth, Nichols walked and scored courtesy of an RBI-double from Zack Bowers. Wrenn picked up an RBI on a fielder’s choice in the eighth and Bowers got one on a bases-loaded walk for the 7-0 final.

The Tigers saw their five-game winning streak snap as they fell to 22-19. Earlier this year, Georgia registered a 3-2 win over Clemson.

There was one Clemson fan that if he didn’t go home in a good mood, he was at least a little richer thanks to Georgia’s shutout promotion Tuesday night. Eddie McCurry, a Clemson fan from South Carolina, picked up a free program that had the winning number that was chosen and with the shutout, he won $5,000.

Up next, the Bulldogs return to SEC play with a road series against Auburn that begins Thursday. First pitch will be at 7:03 p.m. and the entire series will be televised by the SEC Network.