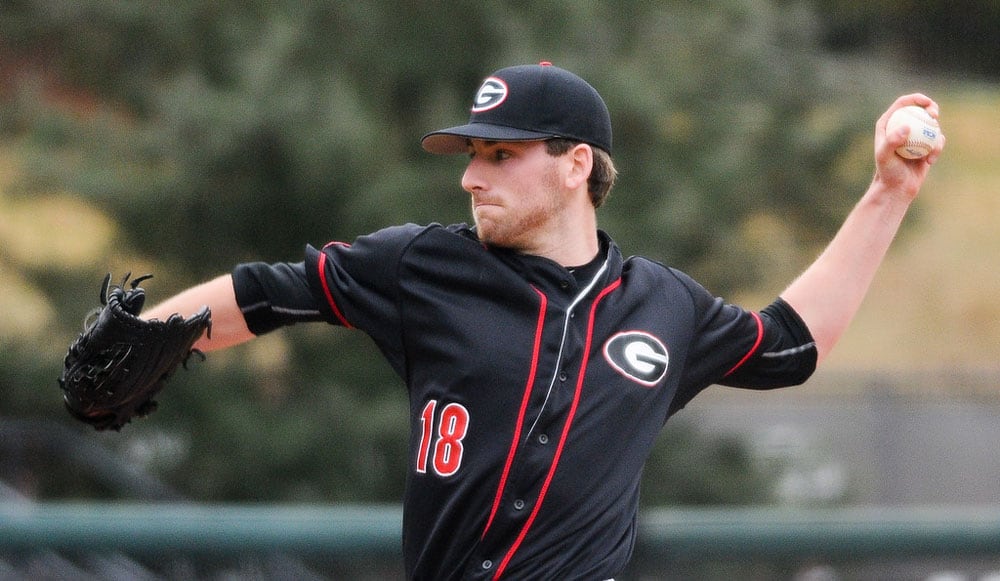 AUBURN, AL – Auburn completed a sweep of visiting Georgia Saturday with a 4-1 win at Plainsman Park in front of a crowd of 3,358.

The Tigers (29-16, 10-11 SEC) took a 1-0 lead in the first on a two-out, RBI-single by Daniel Robert. The base hit scored Kyler Deese who led off with a base hit, moved to second on a sacrifice bunt and went to third on a wild pitch. Auburn right-hander Dalton Rentz pitched 4.2 scoreless innings, scattering four hits with four strikeouts before giving way to left-hander Izaac Yarbrough. Because it was predetermined the Tigers were planning on using a few pitchers Saturday, Rentz was able to pick up a win. Georgia junior left-hander Ryan Lawlor fell to 4-6, allowing four runs on five hits with no walks and eight strikeouts.

Auburn made a couple of sterling defensive plays to keep the Bulldogs off the scoreboard early in the contest. In the first, right fielder Damon Haecker threw out Keegan McGovern tying to score and then a diving Deese snagged a smash from Daniel Nichols at third base with two on and two out in the fifth. With two outs in the sixth, Bulldog junior Trevor Kieboom (3-for-4) notched his first career triple but Yarbrough came back to retire Bell. In the sixth, the Tigers extended their lead to 4-0, adding three runs on a wild pitch, a sacrifice fly and an RBI-double from pinch-hitter Bo Decker.

Georgia scored its lone run in the eighth, loading the bases with one out, and it came on a two-out walk to pinch-hitter Mitchell Webb. McGovern scored the run as he finished 6-for-11 in the series including three hits and a walk Saturday. The Bulldogs left 11 on base Saturday and finished 3-for-29 with runners in scoring position in the series.

“We had another chance to score early and they made a great play and then another one in the fifth, it was two big-time plays they made,” Georgia coach Scott Stricklin said. “They got the early momentum in every game this series, and we needed to create more than a couple of scoring opportunities. We didn’t get the leadoff guy much, it seemed like only after two outs and that’s tough to score. I believe in the players, the team and the program, and we’re going to get this thing going in the right direction.”

Auburn’s Trey Wingenter pitched the ninth for his third save while the Bulldog bullpen of Bo Tucker and Jared Cheek combined to toss 2.1 scoreless innings.