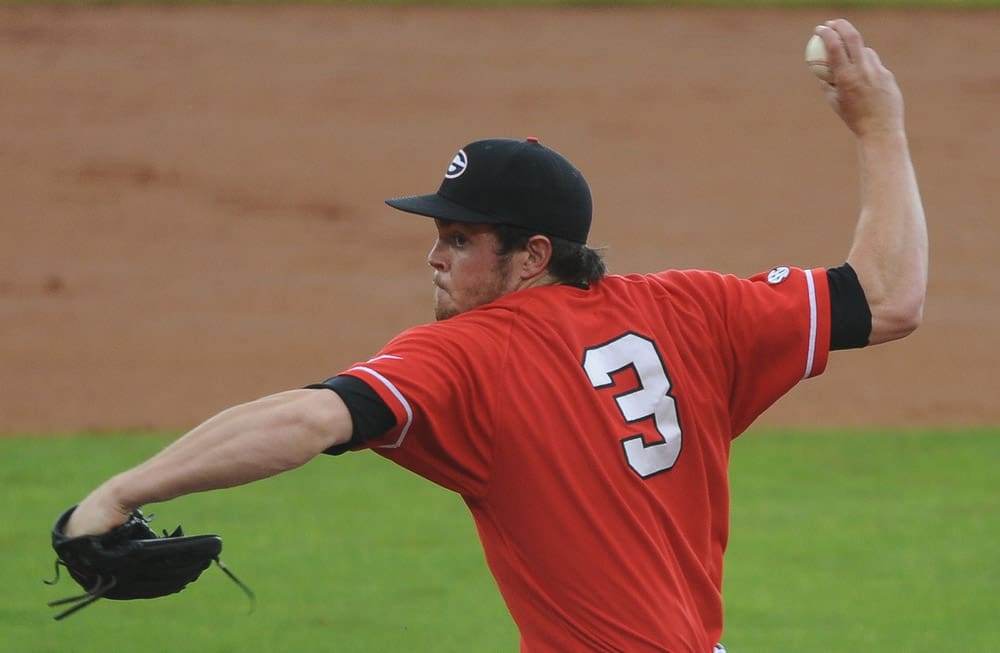 The Tigers (28-16, 9-11 SEC) took a 1-0 lead in the first on a two-out, run-scoring double by Daniel Robert. In the top of the first, Georgia had Nick King at third with one out but Stephen Wrenn and Daniel Nichols struck out. The Bulldogs tied the game in the fourth with a two-out run-scoring single by Skyler Weber. It scored Nichols who was on after a two-out single ended a stretch of 11 in a row retired by right-hander Rocky McCord. Nichols moved to second when Zack Bowers drew a walk. For Weber, it was his team-leading 29th RBI.

Auburn responded with another key two-out hit as Sam Gillikin gave the Tigers a 4-1 lead with a three-run triple in the fourth. Auburn loaded the bases on a base hit and a pair of walks. Georgia missed a scoring chance in the fifth. Mike Bell and Mitchell Webb notched singles to start the frame and King moved them up with sacrifice bunt. However, McCord battled back to retire Keegan McGovern on a grounder back to him and then struck out Wrenn to maintain the edge. Georgia put two on in the sixth with two outs as Weber and Brandon Stephens collected base hits, and then McCord struck out Bell to end that scoring chance. Overall, both teams managed just one hit with runners in scoring position, the difference was the Tigers three-run triple.

“It’s frustrating because we had a lot of chances to score, and we had the guys we wanted up in those situations,” Georgia coach Scott Stricklin said. “The bottom line is the guys have to step up and have good at bats in scoring chances. We have to battle. It’s beyond frustrating. We’re getting close on the mound, the pitchers have done the job, and now we need our hitters to step up.”

Georgia senior Jared Walsh came on for McLaughlin in the fifth and provided 3.1 innings, allowing just a run on one hit with two strikeouts. Senior Zach Waters got the final two outs in the eighth. Auburn closer Justin Camp tossed three scoreless innings for his seventh save.

The three-game series concludes Saturday with first pitch now slated for 6:03 p.m. ET as inclement weather is expected earlier in the day, forcing a change in the original schedule. The game will be televised on the SEC Network.