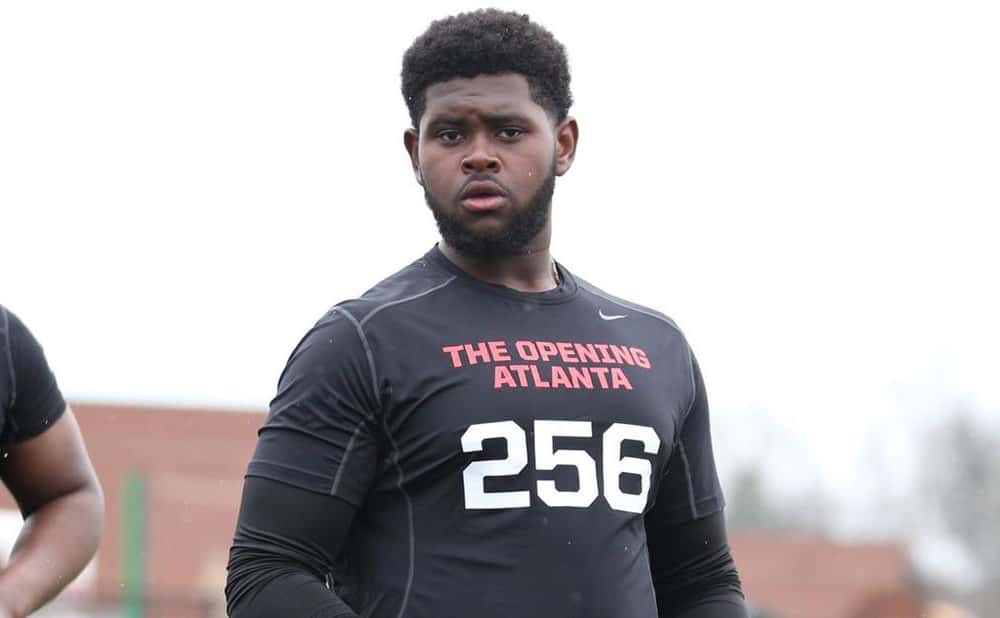 Three-star offensive tackle Chris Barnes of Leesburg, Georgia (Lee County) has committed to Georgia for the class of 2016.

Barnes told Chad Simmons of Scout.com how he committed:

“After the spring game ended, I talked to Coach [Mark] Richt and Coach [Rob] Sale. I committed to Coach Richt first, then Coach Sale. When I was talking to Coach Richt, we talked for a little while first, then I answered a question he asked me a while back and I told him I wanted to be a Dawg.”

In the 247Sports Composite rankings, Chris Barnes is listed as a 3-star recruit, the No. 56 offensive tackle, and the No. 633 overall recruit.

Barnes is also listed as a 3-star recruit by both Rivals.com and Scout.com.

Georgia now has 10 commitments for the class of 2016 and their class is currently ranked 4th by 247Sports.