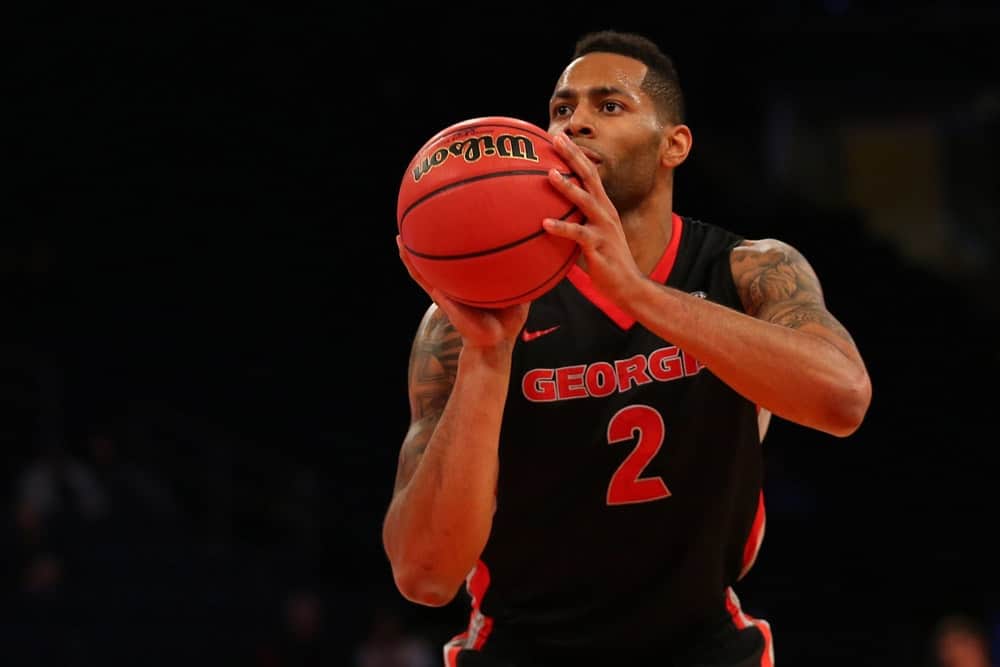 ATHENS, Ga. – The University of Georgia senior forward Marcus Thornton was named to the 2014-15 Coaches’ All-Southeastern Conference second team, and all-defensive team as announced by the league office in Birmingham on Tuesday.

Thornton, a 6-8 forward from Atlanta, has led the Bulldogs in both scoring and rebounding throughout the entire season. He currently averages 12.2 points per contest, and ranks tied for sixth in the SEC hauling in 7.0 rebounds per game. Thornton enjoyed a career-year in the 2014-15 campaign, completely rewriting his career-highs. He recorded five double-doubles and reached the 20-point mark for the first time in his collegiate career against Chattanooga in December.

Most recently, Thornton set a school record playing in the 130th game of his career this past Saturday when the Bulldogs defeated Auburn 64-61. The win gave the Bulldogs 20 victories on the season for the second-consecutive year, the first time the feat had been accomplished since the 1996-98 seasons.

Georgia begins play in the 2015 Southeastern Conference Tournament on Friday at approximately 9:30 p.m. against an opponent yet to be determined.