Georgia’s Griffin, Vavlas to be honored Tuesday at Peach of an Athlete Banquet

Georgia’s Griffin, Vavlas to be honored Tuesday at Peach of an Athlete Banquet 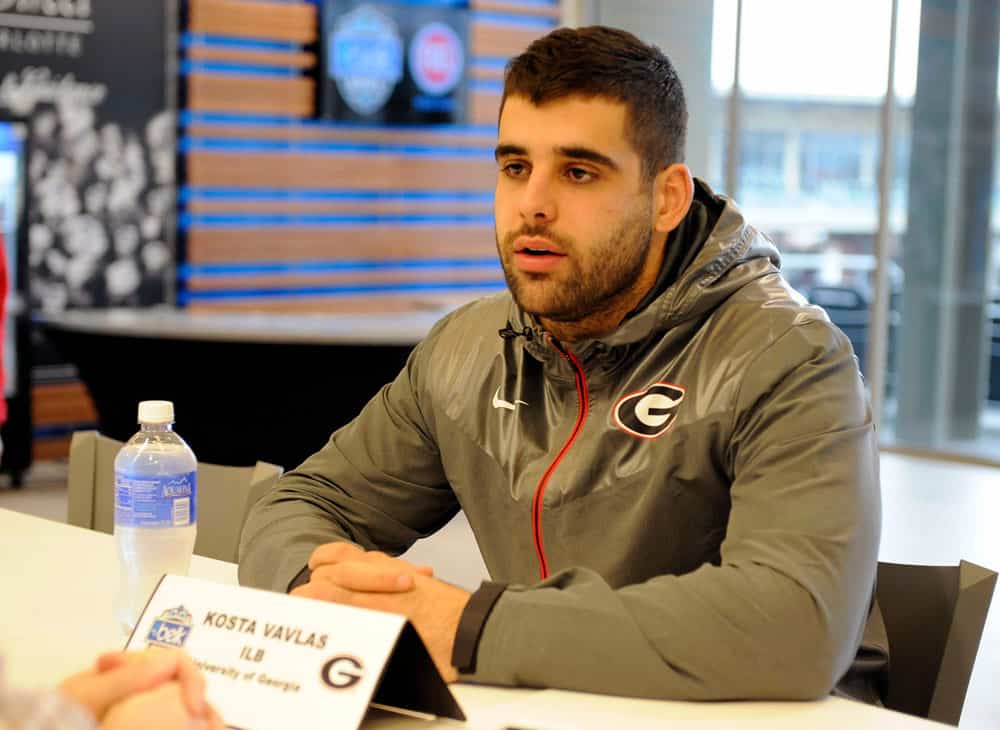 The Atlanta Area Council of the Boy Scouts of America named Griffin and Vavlas Peach of an Athlete honorees. They are among 12 collegiate student-athletes statewide who will be honored.

The Peach of an Athlete awards banquet, hosted by WXIA-TV’s Fred Kalil and Sam Crenshaw, recognizes deserving athletes whose character, scholastic achievement, athletic excellence and commitment to community service most closely match the aims and ideals of the Scouting program. The goal of the banquet is to raise funds for the Boy Scouts, while honoring amateur and professional athletes and community leaders who provide a positive role model for area youth daily.

Vavlas, a native of Tarpon Springs, Fla., graduated from UGA last May and concluded his playing career this past December. He plans to attend medical school after earning a degree in Biological Sciences. Voted one of the permanent team captains for the 2014 Bulldogs, Vavlas appeared in 54 games in his career, made the Dean’s List multiple times and annually earned a spot on the SEC Academic Honor Roll. His volunteer service included working with the Special Olympics and Camp Sunshine, plus he was a leader for all student-athletes as President of the Student-Athlete Advisory Committee.

A native of Orlando, Fla., Griffin is majoring in Exercise and Sports Science and is a starting outfielder for the eighth-ranked Bulldogs. She is a regular on the Dean’s List and SEC Spring Academic Honor Roll and serves on the Student-Athlete Advisory Council and UGA Division of Student Affairs Advisory Board. Griffin has volunteered at the Boys and Girls Club since the fall of 2012 and has been involved with Special Olympics Homerun for Hometown Heroes, the Northeast Georgia Food Bank, the Hunger Bowl and Toys for Tots. In 2013, she was inducted in to the 2013 UGA Leadership Academy.

Also Tuesday, Tennessee Titans wide receiver Harry Douglas, who spent seven seasons with the Atlanta Falcons, will receive the Peach of an Athlete Professional Award. This award is given annually to a prominent professional athlete who exemplifies the qualities of responsible citizenship and outstanding character.