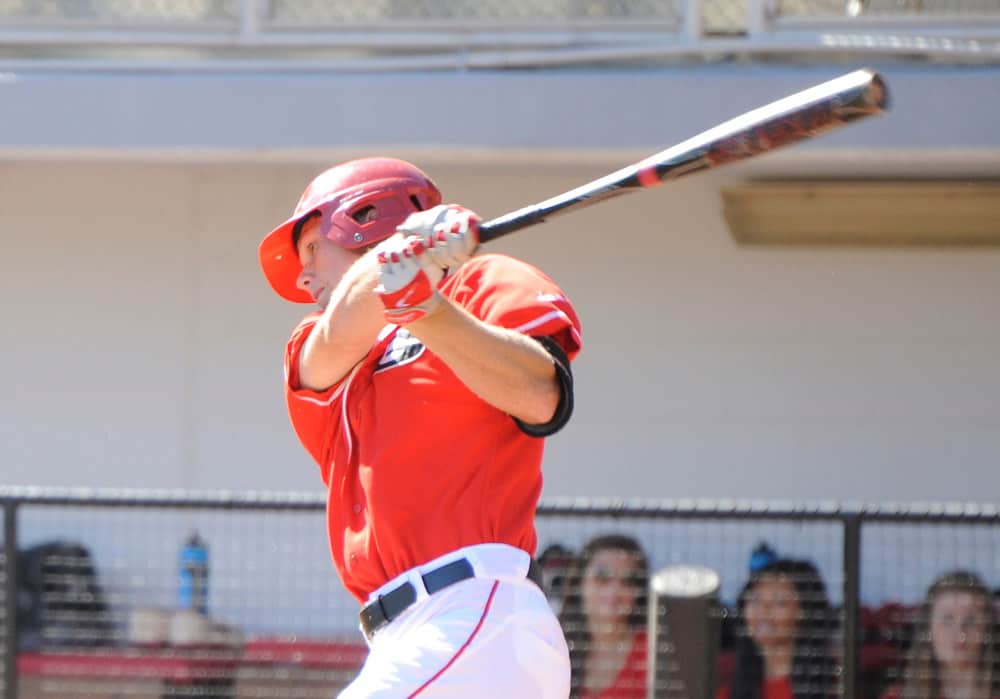 It marked Georgia’s first SEC road sweep since 2009 (at Kentucky) and first SEC sweep by the Bulldogs since getting three from Auburn in Athens in 2012. Georgia now has won the series over Tennessee for the past five years.

Bulldog sophomore Stephen Wrenn led off the game with his third home run of the year. He hit the second pitch of Kyle Serrano off the scoreboard. Wrenn became the first Bulldog start a game with a blast since Nelson Ward at South Carolina in 2013. Then to start the second, junior first baseman Daniel Nichols smashed a Serrano offering over the scoreboard to make it 2-0. It was the fourth home run of the year for Nichols. In the third, Georgia scored four runs on two hits and a pair of Volunteer errors to chase Serrano. Nichols capped the scoring with a two-run single to give him 3 RBI in two trips to the plate and a 6-0 advantage.

Tennessee (9-11, 1-5 SEC) got a run back in the fourth on an RBI-single by Nathaniel Maggio. Tennessee made it 6-2 in the sixth as A.J. Simcox collected his first tiple and scored on an RBI-double by Christin Stewart. Georgia pushed its lead back up to five with a two-out run in the seventh for a 7-2 advantage. Zack Bowers reached on a walk, collected a stolen base, made it third on an infield hit by Jared Walsh and scored on a wild pitch by Hunter Martin.

The Bulldogs (15-9, 3-3 SEC) extended their lead to 9-2 with two runs on three hits in the eighth as Wrenn and Weber picked up an RBI apiece. With two on and two outs in the eighth, Georgia lifted junior starting pitcher Sean McLaughlin was lifted in favor of freshman Bo Tucker. After surrendering an RBI-single to Andrew Lee, he struck out Maggio. Georgia answered in the top of the ninth as Walsh blasted a solo home run for a 10-3 lead. It was the second home run of the year for Walsh and third of the day for the Bulldogs. Senior Jared Cheek took care of the ninth and the Volunteers managed to plate a run for a 10-4 final.

McLaughlin earned the win after going 7.2 innings and allowing three runs on seven hits to improve to 2-1 while Serrano dropped to 1-3.

“I’m really proud of the team in how they responded this weekend and followed up our Friday win with another Saturday and finished it off today,” Georgia coach Scott Stricklin said. “It’s funny after Sean (McLaughlin) came out there in the eighth, he came up to me and said that was the worst game he’s ever pitched, but he was still able to get us to that point and the defense behind him played exceptional. I thought Daniel Nichols had a key at bat for us with the two-run single to get us a big lead. We battled and now we’ll get ready for Mercer on Tuesday.”

The Bulldogs return home for a pair of midweek contests before going back on the road in the SEC Friday at nationally ranked South Carolina. On Tuesday, the Bulldogs play host to Mercer. First pitch at Foley Field will be at 6:05 p.m.