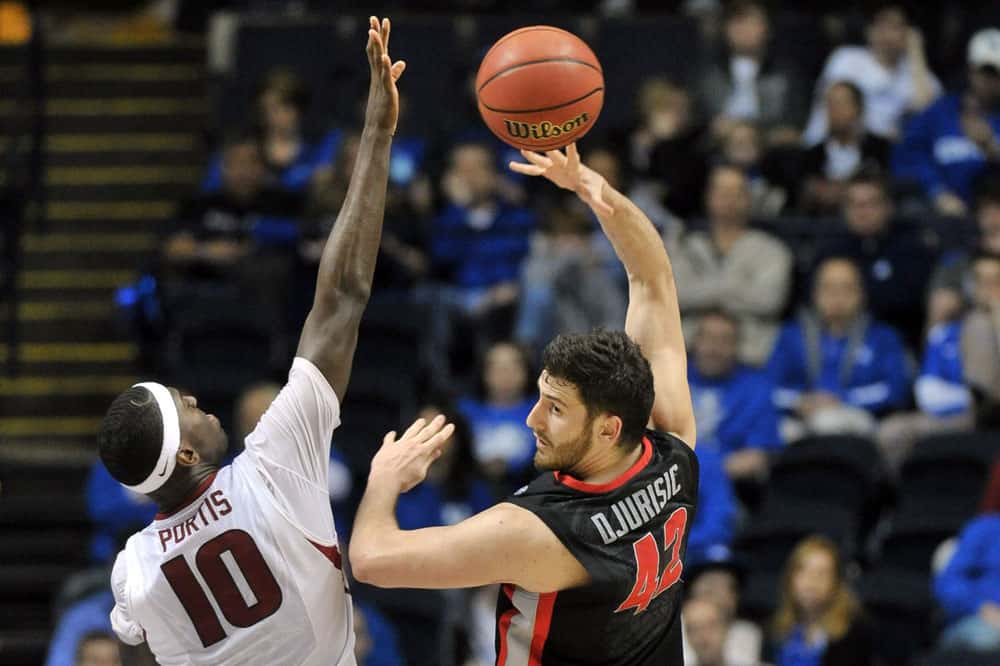 The second-seeded Razorbacks (26-7) will play top-ranked Kentucky on Sunday in their sixth championship game and first time since 2008.

Both teams struggled in a sluggish game for teams that played Friday night, with Georgia leaving the arena around midnight.

“This was a hard fought game and, quite frankly, an ugly game,” Georgia head coach Mark Fox said.”It’s just very difficult to play, for both teams, to play late last night and to turn around and try and play pretty basketball the next afternoon. That’s a lot to ask of these guys. I thought both teams played really hard. But it was certainly an ugly game.”

Georgia (21-11) failed for a second straight year to reach the Bulldogs’ first final since 2008 when they won a tournament rearranged by tornadoes that hit Atlanta.

Marcus Thornton and Cameron Forte each scored 13 points for Georgia, and Taylor Echols had a career-high 10 points.

The Bulldogs, who’ve been banged up most of the SEC season, played without junior guard Kenny Gaines who had his sprained left ankle stepped on in Friday night’s win over South Carolina. Coach Mark Fox played guard Juwan Parker, who missed 15 games this season with a sore Achilles, but he played six minutes and grabbed two rebounds.

Minus those key players, the Bulldogs struggled offensively for much of the game. Down by their biggest deficit of 44-25 in the second half, they got a jump-start from Echols, whose back-to-back 3-pointers got his team within arm’s reach. His final trey, with 4:04 left, pulled Georgia to its closest margin of the second period at 56-47.

Arkansas, however, managed to keep the Bulldogs at bay with a pair of foul shots by Michael Qualls and a follow layup by Rashad Madden with 2:32 left.

Both teams began the game with poor starts. It took nearly nine minutes for either team to reach double figures and both teams combined to shoot just 31 percent in the first half.

“I thought the fatigue for both teams affected each of us,” Fox said. “It’s a challenging schedule. We had to do it two years in a row. I think that affected both teams. Obviously, not having Kenny (Gaines), that was part of it, too. But we didn’t shoot free throws well, we didn’t play very clean basketball. But I thought both teams were a little bit sluggish.”

The Bulldogs will return home Saturday evening and await their post-season fate, which they will find out Sunday evening on the NCAA Tournament selection show.