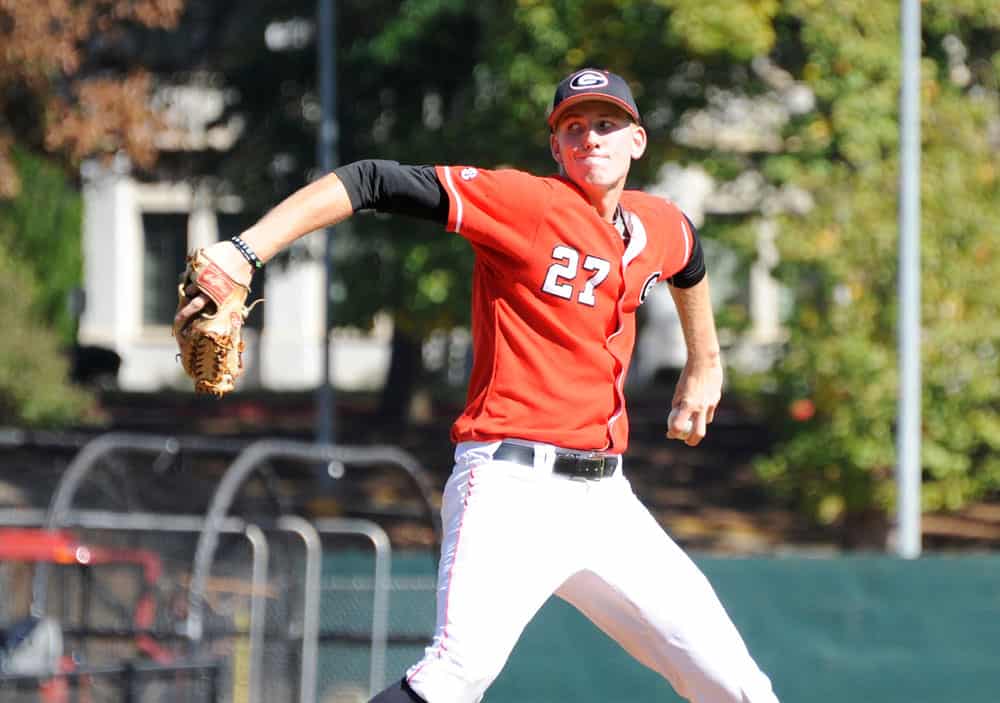 The Bulldogs (18-11, 5-4 SEC) are coming off an impressive road series win over seventh-ranked South Carolina despite the Bulldog pitching staff missing two of its top three starters and two relievers. Still, Georgia claimed a series over the Gamecocks for the second straight year, and it was the first over a top 10 team on the road since 2006. Georgia went 5-1 in back-to-back SEC road trips, which was its best showing in consecutive league road series since 2004. Meanwhile, Tech (17-10) was swept on the road by No. 8 Louisville. Last year, Tech won the season series 2-1 with Georgia’s victory coming 1-0 in Athens.

Georgia is batting .276 with 27 home runs and is 41-for-49 in stolen base attempts. The Bulldogs have a 3.89 ERA and are fielding .974. The Bulldogs are coached by Scott Stricklin while Tech is led by Danny Hall. Stricklin played for Hall at Kent State from 1991-93 and served on his coaching staff in Atlanta from 1998-99 and from 2002-04 before being named head coach at Kent State in 2005. Stricklin is in his second season directing the Bulldogs.

Bulldog sophomore centerfielder Stephen Wrenn (.319-4-17) has reached base safely in all 29 games this season. He is one of the top defensive outfielders in the SEC with a perfect fielding percentage in 86 total chances, and leads the SEC in stolen base with 16 this year. The past two Sundays on the road in the SEC, Wrenn has started the game with a leadoff home run. During his current eight-game hitting streak, he is batting .303 (10-for-33) with two home runs, five RBI and six stolen bases in seven attempts.

Senior LHP/1B Jared Walsh (3-0, 1.87 ERA; .276-2-15) is one of the top two-way talents in the SEC and among the ERA leaders. With sophomore ace Robert Tylersidelined for the last month, Walsh has taken over the Friday night starting spot in the rotation the past two weeks. Georgia is 2-0 in those contests. Also senior Jared Cheek (2-1, 3.06 ERA, 4 SV) and junior Sean McLaughlin (3-1, 4.08) have seen their workload increase while junior Ryan Lawlor (3-3, 2.52 ERA) has maintained his Saturday spot in the rotation.