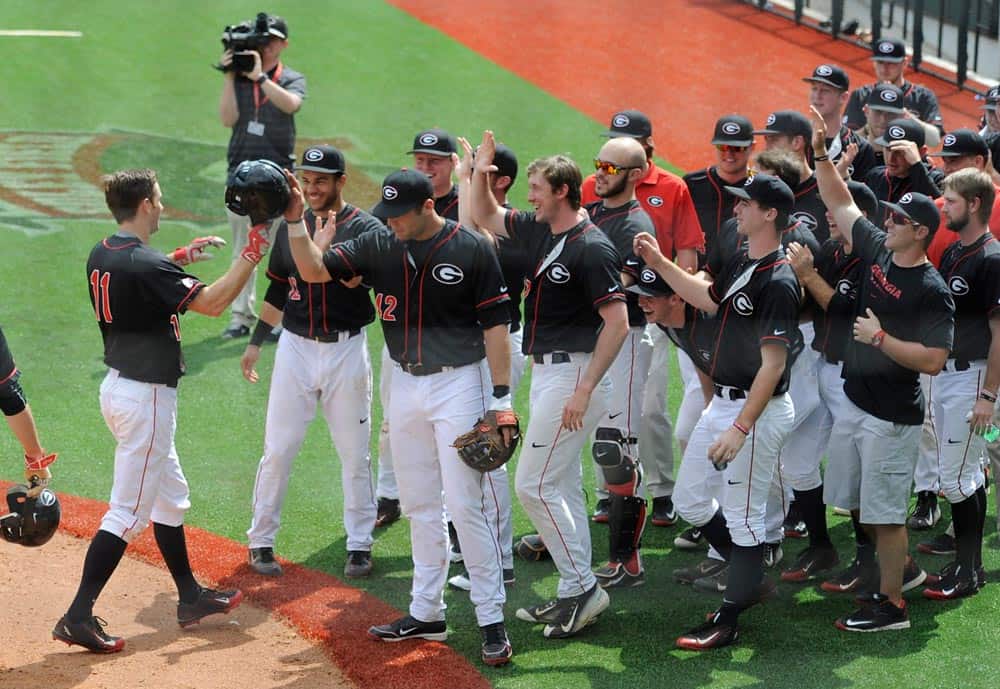 Walsh (2-0) got his second start of the season and went seven innings topping his previous career high of 6.1 innings, which he set in his first start of the year against Georgia State on March 4th. In addition to his seven shutout innings, he struck out six, which is the second most in his career and most since his second career start in 2013. Walsh’s stellar performance also earned him his second win of the season. In relief, Connor Jones and Drew Moody each tossed a scoreless inning to cap the win for Georgia, which improved its record to 12-5, while the Mountaineers fell to 5-11.

“We pitched very well in both games against Appalachian State and the defense was flawless, and that’s what we have come to expect. We just played outstanding defensive baseball and Jared Walsh was outstanding,” Georgia head coach Scott Stricklin said. “Appalachian State played really well, they are not happy about not scoring any runs, but Jared Walsh was sharp, Connor Jones came in and threw the ball well, and Drew Moody came in and did what Drew Moody does. They threw their guys at us today, Taylor Thurber is their best numbers guy, and then he was relieved by Travis Holden and Jeffrey Springs, who are their Friday and Saturday night starters, so they were going to do everything they could to win this game, so I am glad we were able to squeak enough offense in there to win this game.”

At the plate, Georgia had six hits, four of which were extra base hits, junior Daniel Nichols and sophomore Stephen Wrenn both homered, while junior Zack Bowers added two doubles. Nichols solo shot in the second inning, which hit the scoreboard, was his third of the season. Wrenn’s was his first career homer and it also extended his streak of reaching base to 17 games.

Thurber, who brought a 0.82 ERA in to the game in 21 innings, got the start and the loss for the Mountaineers, fell to 2-3 on the campaign. He went 4.2 innings, while giving up four runs, all earned, on six hits. Appalachian State’s bullpen held Georgia to 3.1 scoreless and hitless innings, but it was too late, the Bulldogs offense had already caused the damage.

The Bulldogs return to action Friday as they begin their SEC play against Missouri in the first of a three-game set at Foley Field. First pitch is set for 6:05 pm EST.​