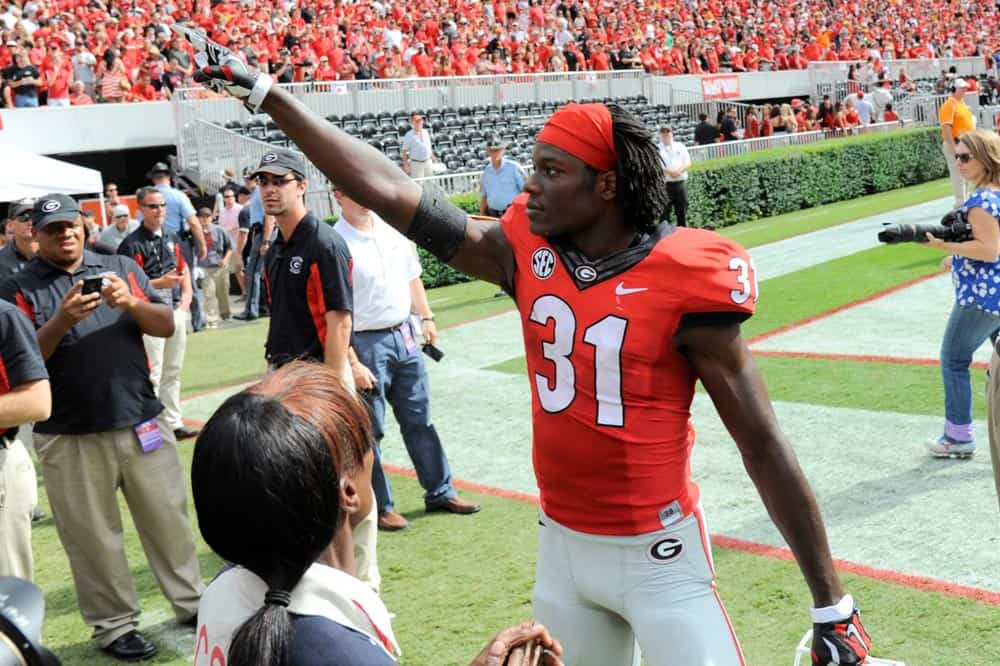 UGA wide receiver Chris Conley, one of the best all-around Bulldogs to ever don the Red & Black, has written an open letter to the Bulldog nation.

Conley reached out to Chip Towers of the AJC, who gladly agreed to publish the letter. Below is the full text:

Where do I begin? Before I was officially a Bulldog, I received support from the fans and the Bulldog Nation. Many of you extended kind words at basketball games or during my visits on campus on game days to make me feel comfortable and at home. Thank you all for the support and the encouragement during good times and even in the bad. The “True Dawgs” who bleed red and black have been a source of strength and were truly a part of my support system throughout my tenure at Georgia.

Coach Richt, thank you for giving me the opportunity to play college football. As some may know, Georgia was my first offer, and although I may had gotten other offers later, Georgia’s early offer when I had just completed my second season of football (ever), gave me confidence that I could play this game. You were a constant support throughout my time at UGA. I know you take a great deal of heat for many things, but I am thankful for the coach that you are and even more so for the man that you are. You are a true builder of men and a damn good football coach. I am thankful that you and Coach Ball saw enough in me to allow a raw, lanky, clumsy kid the chance to play the game he loves and grow.

My current transition into the real world has been surreal and abrupt in some instances. I am adjusting to not being in the locker room around the boys or going to the same workouts. I will forever be indebted to Georgia for the work ethic and attitude that was sharpened during my time in Athens. I will always be a part of the the Dawg Nation and always hope to represent the “G” with pride. I may be in a different city or state in the coming months but a part of my heart will always remain in Athens, between the hedges.

People joke that I will one day be a politician because of the way I speak, the way I interact with everyone, or how I like to bring people together. I don’t hope to one day hold one of those positions, but rather I would like to set an example that we as people should have a goal to unite families, neighborhoods, and cities for the well-being of our state and then our country. Call me an idealist but I believe that all it takes for change to take root is a willing participant and the faith that it will happen. That same willingness and faith is what allowed a 2-3 star recruit to defy the odds and contribute at the greatest school in the country. Let us be the change we want to see in our homes, cities, and state. I am standing with you all.

I’m done giving my inspirational pep talk now. So, if you see me around Athens, Atlanta or anywhere else, don’t be afraid to reach out and speak with me. I hope to continue to be active in these communities because they are where I call home. In my brief time in Athens, I hope I have inspired someone to chase his dreams, to work a little harder or dream a little bigger. If my example has reached just one person and encouraged him to be better, I have accomplished so much more than I deserve.

Thank you all. God Bless and Go Dawgs!