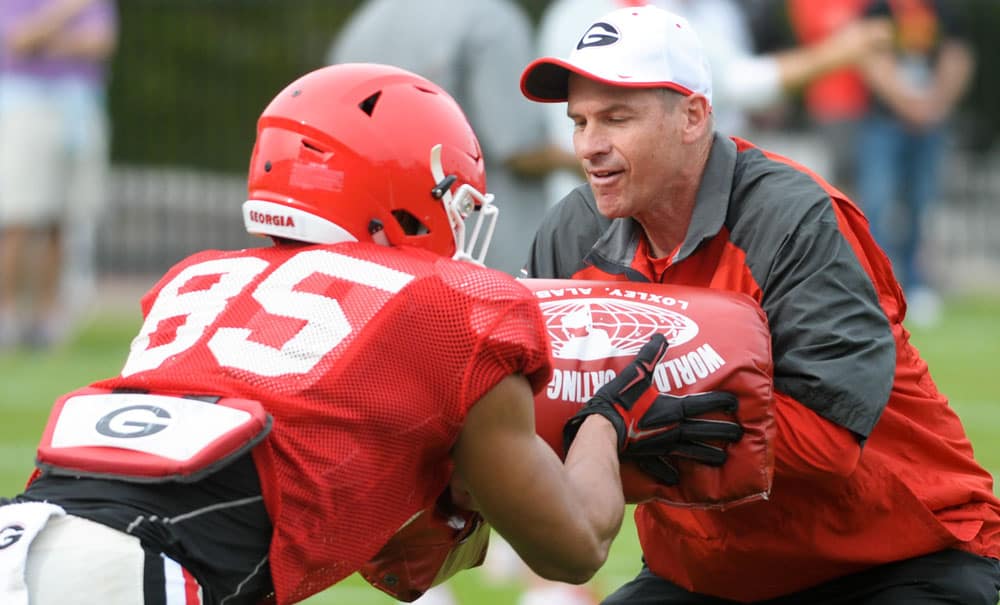 ATHENS, Ga. – The Georgia football team logged its fifth practice, second in full pads, of the spring on Thursday afternoon at the Woodruff Practice Fields.

High school coaches from around the state were in attendance for the Bulldogs’ annual spring coaching clinic.

“We had our coaches clinic here today and tomorrow and I think we got a lot of good work in,” head coach Mark Richt said following practice. “We’re still a little sloppy in some areas that we have to get cleaned up, but we’re getting there.”

Richt also added that running back Sony Michel will likely miss the remainder of spring practice with a shoulder injury, and receivers Shakenneth Williams and Charlie Hegedus are dealing with hamstring injuries.

“It’s good to be back,” junior safety Quincy Mauger added. “I know that for a fact, especially in full pads. Spring is just another great opportunity to be out there and you just have to take advantage of it by getting better every day.”

The annual spring coaching clinic is a two-day event that will conclude following practice on Friday, March 27. The clinic featured Jacksonville Jaguars’ head coach Gus Bradley as the keynote speaker.

The Bulldogs will conduct their first scrimmage of the spring schedule on Saturday afternoon at Sanford Stadium, as the team gears up for the annual G-Day Spring Game, which is scheduled for Saturday, April 11 at 2 p.m. Georgia will kick off the 2015 season against the University of Louisiana Monroe in Athens on September 5.