Bulldog football has first practice of the Spring

Bulldog football has first practice of the Spring 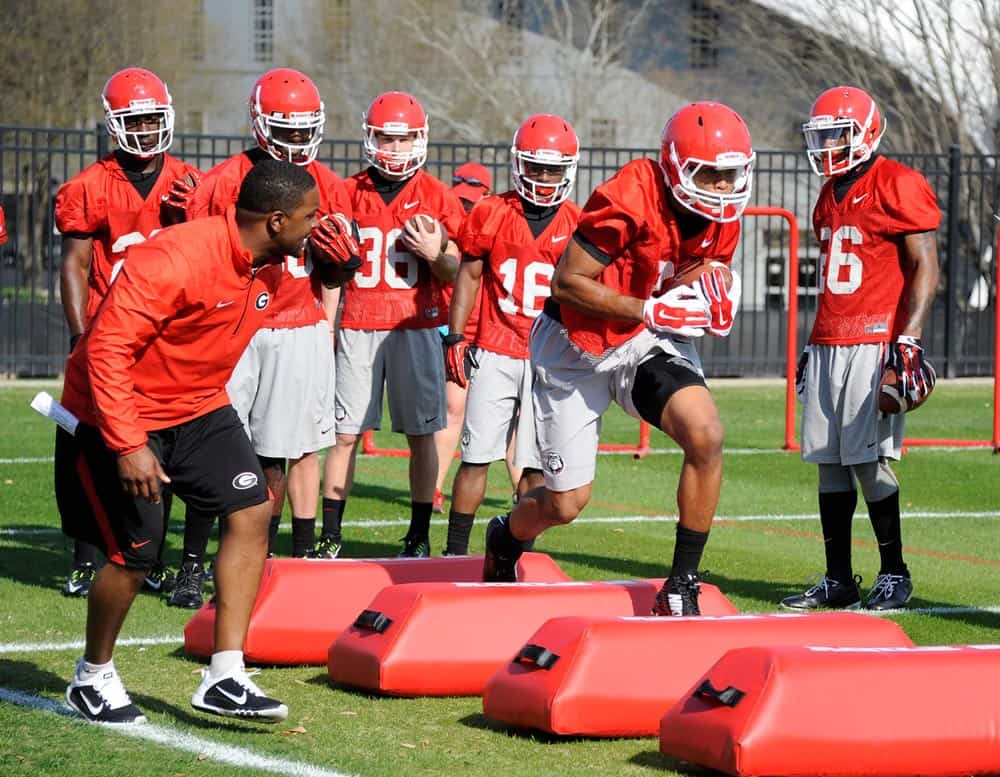 ATHENS, Ga. – Georgia’s football team had its first of 15 spring practice sessions on Tuesday afternoon under sunny skies and temperatures hovering near 80 degrees.

The Bulldogs will return to the practice fields on Thursday and later host G-Day, which is their annual spring scrimmage, on April 11 at 2 p.m.

While Wednesday is not a practice day for Georgia, 16 former Bulldogs will work out for and meet with NFL scouts and team personnel at the annual Pro-Day at the Butts-Mehre facility.

“This first day was a good day, and one where we got a lot of work done,” said Georgia head coach Mark Richt. “We absolutely have a long, long way to go, as expected, but I saw a lot of guys out there who were being coachable and teachable. You could tell some guys knew the tempo and some of the new ones looked lost. But our early enrollees will be in a lot better shape in the fall when their fellow classmates start practice.”

This marked the first practice for eight early enrollees who came to Athens in January.

“I was not even sure of the jersey numbers for the new guys today,” Richt said. “I was more making sure the tempo was up and that people were going in the right direction. I saw a lot of wide eyes from that crew today.”

In addition to sophomores Nick Chubb and Sony Michel and junior Brendan Douglas in the backfield, the Bulldogs also welcome back senior Keith Marshall and redshirt sophomore A.J. Turman, who are returning from injuries during their careers.

“Marshall is in a situation of no limitations and I think he is getting back in playing shape,” said Richt about Marshall who finished with 759 yards and eight touchdowns as a freshman in 2012. “A.J. has been moving well with no setbacks. We weren’t doing a lot of change of direction today, but he did cut across the field a couple times and looked good.”

The Bulldogs open their 2015 season against the University of Louisiana at Monroe in Athens on September 5.