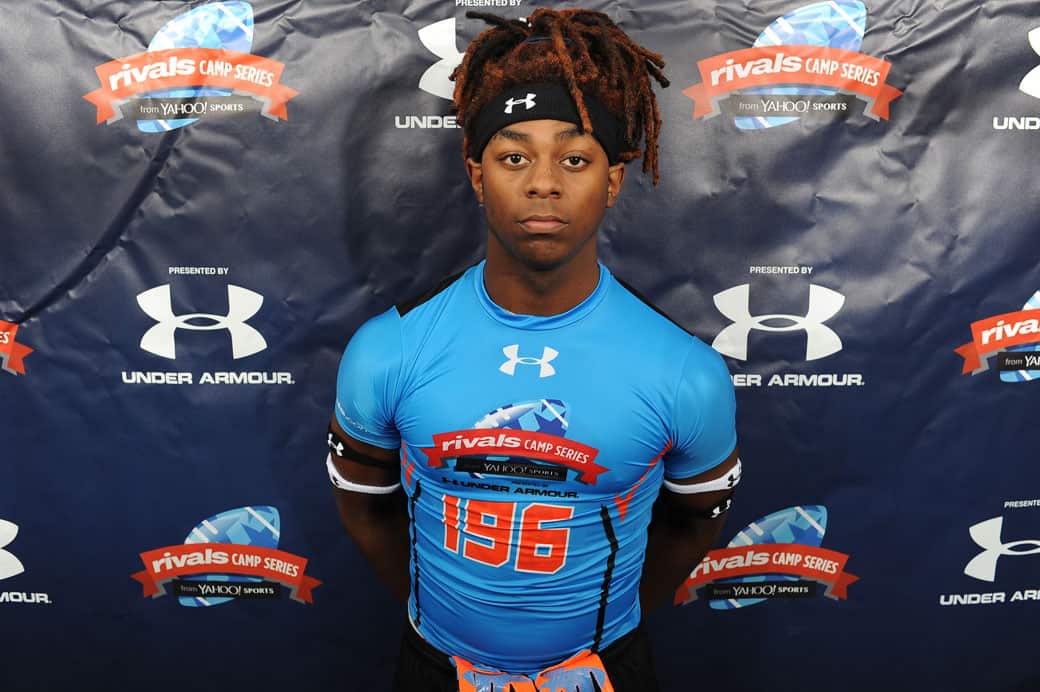 Although he had three years to play two, Carson was facing the reality of playing second fiddle to current UGA running back Nick Chubb, as well as Sony Michel, Keith Marshall, and others.

Carson’s de-commitment left the Bulldogs without a running back for the 2015 class, but that void was filled quickly when the Bulldogs offered Tae Crowder of Harris County High School in Hamilton, Georgia.

Crowder (6-3, 220) was committed to Georgia Southern, but quickly switched to UGA after receiving a call from head coach Mark Richt.

“I couldn’t believe it,” Crowder told the AJC. “I swear I did not know this was coming. It was truly unexpected. But it didn’t take me long at all to think about it.”

Other schools that had offered Crowder include Cincinnati, Georgia Southern, Georgia State, Kentucky, Marshall, and Troy.

In the 247Sports Composite, Tae Crowder is listed as a 2-star recruit, No. 214 in Georgia, and the No. 2,346 overall recruit. Rivals.com also rates Crowder 2-stars.