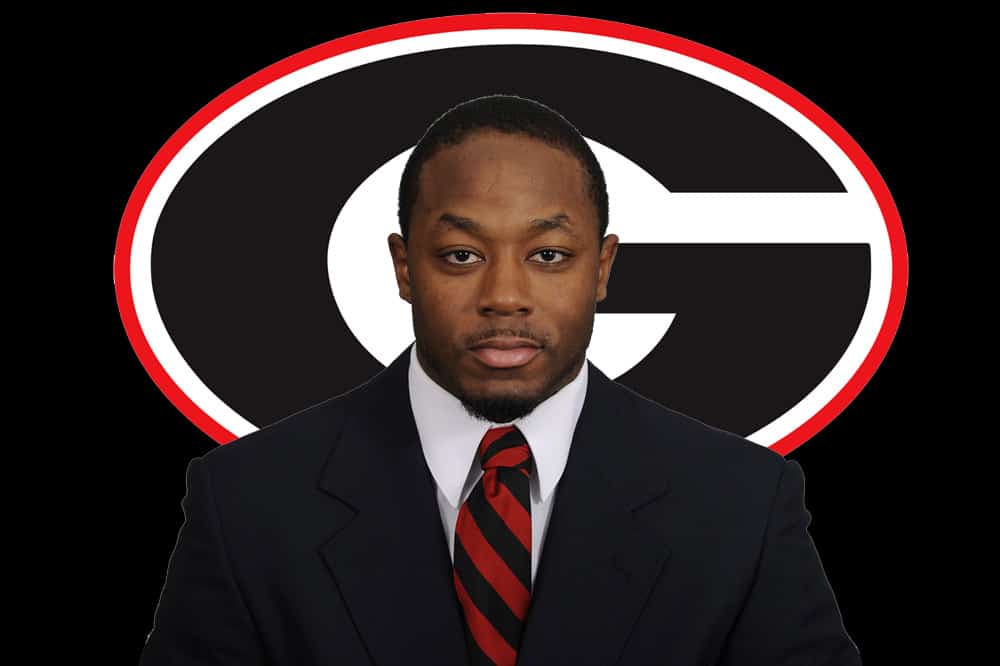 ATHENS, Ga. – Newly hired University of Georgia running backs coach Thomas Brown said Monday that he hoped to be in a position to return to Georgia should he get the opportunity.

“Once I left this place I wanted to put myself in a position that if the job did become available [then I could be a candidate],” Brown said. “When I left I kind of built my resume and showed what I could do at other places outside of here that I thought would make it easier to get me back [to Georgia].”

Most recently, Brown served as the running backs coach at Wisconsin where he mentored Heisman Trophy runner-up Melvin Gordon in 2014. Under Brown’s direction, Gordon rushed for an NCAA-leading 2,587 yards and 32 touchdowns. Gordon and sophomore running back Corey Clement combined to rush for 3,536 yards, setting the single-season Football Bowl Subdivision record for rushing yards by teammates.

Brown inherits an already strong backfield at Georgia, including SEC Freshman of the Year Nick Chubb. In 2014, Chubb rushed for 1,547 yards and 14 touchdowns, earning Freshman All-America and All-SEC honors.

“I just tell those guys to ignore the noise,” Brown said of how he advised Gordon to deal with the national attention that he garnered in 2014. “When you’re a great player, people want to get attached to you and write about you and tell you how great you are and what you’re going to become. I just say to focus on the stuff that you can control.”

Before joining the Wisconsin coaching staff, Brown made stops as the running backs coach at Marshall in 2013 and at UT-Chattanooga in 2012 after spending 2011 as an assistant strength and conditioning coach at Georgia. Brown said that those three stops outside of Athens helped him grow significantly as a coach.

“I learned a bunch from an experience and X’s and O’s standpoint,” said Brown. “I’ve coached in several different offenses under several different guys and there was some difficulty because there was never any familiarity. Every year it was a new offense, new coaching staff and a new group of players that I had to learn to grow and adapt to so that forced me out of my comfort zone. Having those opportunities forced me to grow and mature and helped me to adapt to different situations.”

Brown also spoke on new offensive coordinator Brian Schottenheimer who is entering his first year at Georgia. “He’s unbelievable,” Brown said. “He’s a high energy guy and is incredibly positive. I’m looking forward to having an opportunity to work with and learn from him. He’s definitely open to guys voicing their opinions. He has the direction and leadership and we’re going to follow behind him, but he also has done a good job so far of allowing us to add our two cents in and give our own opinions. I’m looking forward to it.”

A native of Tucker, Ga., Brown starred at Tucker High School before enrolling at Georgia and helping the Bulldogs to the 2005 Southeastern Conference championship. He finished his career as the fifth-leading rusher in Georgia history with 2,646 career yards and led the Bulldogs in rushing in 2004 and 2005. For his career, Brown averaged 5.0 yards per carry and scored 25 touchdowns. He was elected by his teammates as the permanent offensive team captain in 2007

Brown earned his bachelor’s degree in speech communications from UGA. He and his wife, Jessica, have two children, Orlando and Tyson.