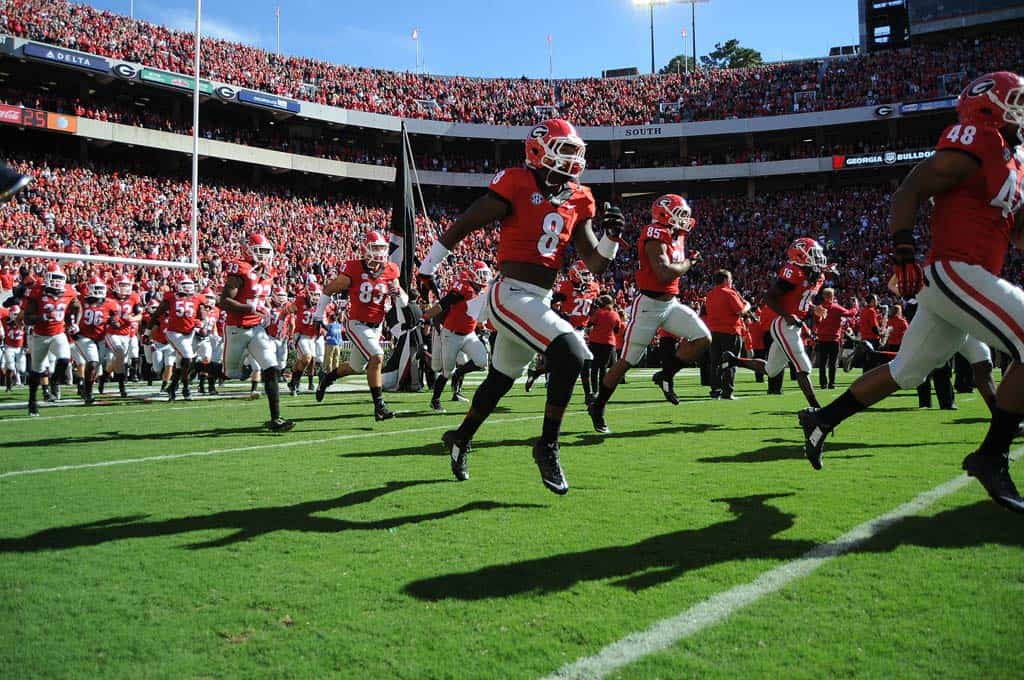 The Georgia Bulldogs and the North Carolina Tar Heels will meet in the 2016 Chick-fil-A Kickoff Game, UGA announced today.

Georgia and UNC will play at the Georgia Dome in Atlanta on Saturday, Sept. 3. The game will likely be televised nationally in prime time by an ESPN network.

“It’s great to have the opportunity to be back in Atlanta for the Chick-fil-A Kickoff Game,” said UGA J. Reid Parker Director of Athletics Greg McGarity. “It will also be a special time to rekindle a long-ago rivalry with North Carolina, a team we have not played since the Gator Bowl game in December, 1971. Georgia and North Carolina have played 30 times especially through the fifties and sixties and I’m sure it will be a very popular game among fans of both institutions.”

“I know our team, coaches, and fans will be looking forward to playing a quality opponent like North Carolina in Atlanta,” said UGA head coach Mark Richt. “It will be a national stage for a season opener and generate a lot of excitement for fans not only of both schools but college football fans around the country.”

The Bulldogs and Tar Heels have played 30 times. In their last meeting in the 1971 Gator Bowl in Jacksonville, Georgia defeated UNC 7-3 to extend their series lead to 16-12-2.

Georgia last played in the Chick-fil-A Kickoff Game in 2011. In that game, the Bulldogs donned widely criticized uniforms in a 35-21 loss to Boise State.