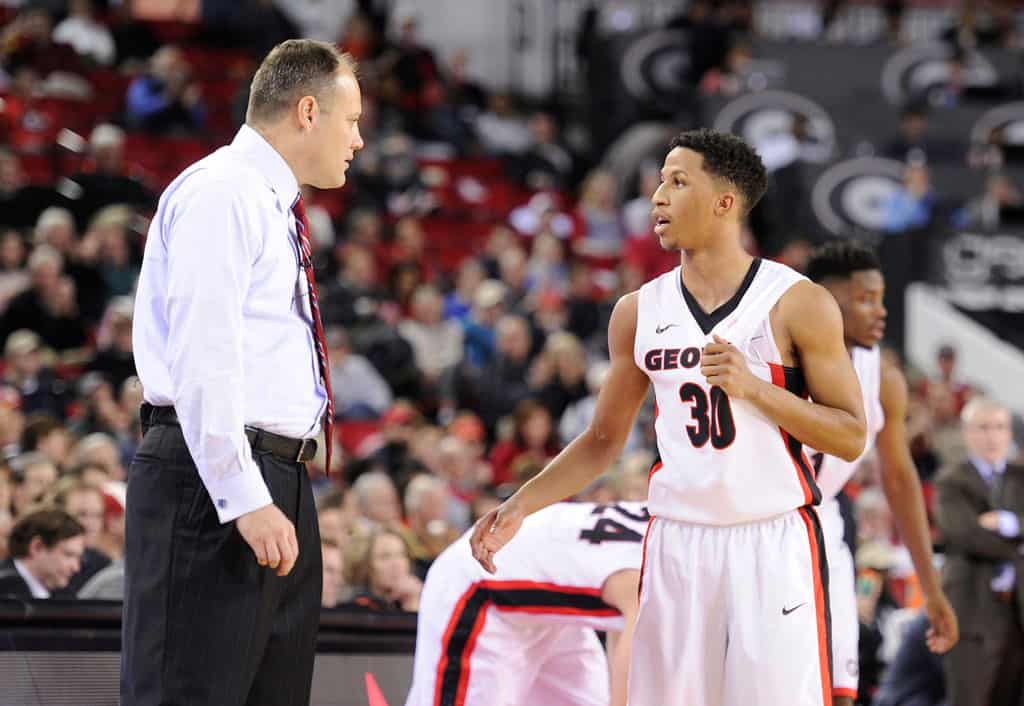 ATHENS, Ga. – University of Georgia guard J.J. Frazier will not play in the Bulldogs’ game Tuesday against South Carolina as a result of injuries incurred over the past week, according to head basketball coach Mark Fox.

Frazier, a sophomore from Glennville, Ga., suffered a hairline fracture in his left hand last week and played in Georgia’s two most recent games despite the injury. In the Bulldogs’ game last Saturday against Auburn, he suffered a fracture to the orbital bone in his face during a second-half collision. Frazier was also diagnosed with a concussion after the game.

Frazier is currently Georgia’s fifth-leading scorer at 10.3 points per game. His 37-point effort against Mississippi State on Jan. 24 is the highest individual scoring output in the Southeastern Conference this season.

Before Tuesday’s game, the Bulldogs already had totaled 21 injury- or illness-caused DNPs this season.