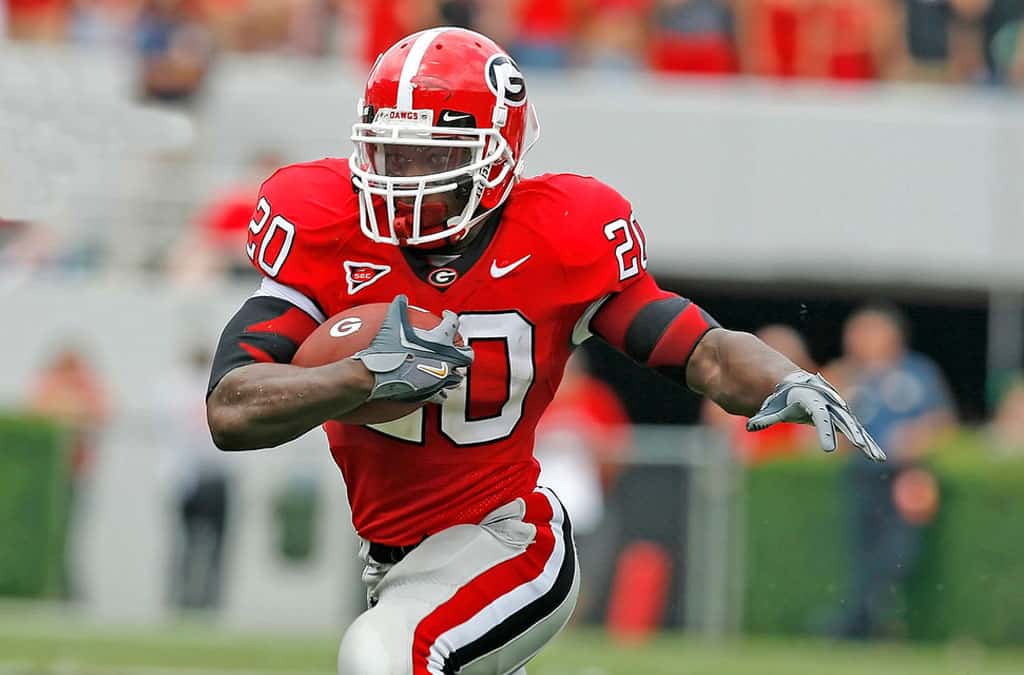 Richt also said McClendon would assume the role of passing game coordinator. Brown and McClendon were teammates on the 2005 Georgia SEC championship team.

“These moves with two former Georgia teammates will add a great dimension to our offensive coaching staff,” said Richt. “It brings back a great Bulldog running back in Thomas who has NFL playing experience and has had success as a college coach at multiple schools. He also inherits a position that has been built to an elite level by Bryan. And it gives Bryan the opportunity to return to coaching the position he played and the one where he cut his teeth serving as a graduate assistant under wide receiver coach John Eason here at UGA. It also provides him with a new experience as passing game coordinator.”

At Wisconsin in 2014, Gordon posted the second-best season ever by a running back with 2,587 rushing yards and 32 total touchdowns. He and sophomore Corey Clement combined to run for 3,536 yards to break the single-season Football Bowl Subdivision record for rushing yards by teammates that had been set the year before by Gordon and James White (3,053 yards).

The Badgers posted the two most prolific rushing performances in the country in 2014 with a school-record 644 rushing yards vs. Bowling Green and 581 vs. Nebraska, and their average of 6.91 yards per rushing attempt ranks as the fourth-best mark in FBS history.

Prior to joining the Wisconsin staff, Brown served as the running backs coach at Marshall in 2013 and at UT Chattanooga in 2012. He spent the 2011 season as an assistant strength and conditioning coach at UGA.

At Marshall, he helped direct Conference USA¹s second-ranked rushing offense which averaged 205.9 rushing yards per game (ranked 24th nationally). The Herd won the C-USA East Division title with a 7-1 record and defeated Maryland, 31-20, in the Military Bowl. Brown guided RB Essray Taliaferro to a 1,000-yard season that saw him average 5.2 yards per carry and score 10 touchdowns while amassing 1,140 rushing yards. Marshall was one of just seven FBS teams to boast three running backs that rushed for at least 500 yards in 2013 — along with Wisconsin — and was the lone program outside the Power Five conferences to accomplish the feat.

A native of Tucker, Ga., Brown starred at Tucker High School before enrolling at Georgia and helping the Bulldogs to the 2005 Southeastern Conference championship. He finished his career as the fifth-leading rushing in Georgia history with 2,646 career yards and led the Bulldogs in rushing in 2005 and 2005. For his career, Brown averaged 5.0 yards per carry and scored 25 touchdowns. He was elected by his teammates as the permanent offensive team captain in 2007.

He was selected in the sixth round of the 2008 NFL Draft by the Atlanta Falcons and spent the 2009 season with the Cleveland Browns before retiring to pursue coaching opportunities.

Brown earned his bachelor’s degree in speech communications from UGA. He and his wife, Jessica, have two children, Orlando and Tyson.

McClendon lettered as a wide receiver at Georgia in 2002-03-04-05. He played on two SEC championship teams (2002, ¹05). As a senior he caught 35 passes including six for touchdowns. He caught the game-winning TD pass in the closing minutes against Georgia Tech and then blocked a punt in the SEC championship game which led to the Bulldogs’ third TD of the game. He was part of a senior class that won 44 games‹the most by any class in Georgia history. Following the 2005 season, he signed a free agent contract with the Chicago Bears.

He served as a graduate assistant coach with the Bulldogs in 2007-08 and joined the full time coaching staff in 2009 as running backs coach. He has coached a number of elite running backs during his tenure at UGA including Isaiah Crowell, Todd Gurley, and Keith Marshall as well as current backs Nick Chubb and Sony Michel.

He is married to the former Amber Arnold of Atlanta. They have two children, Bryan and Brooke.